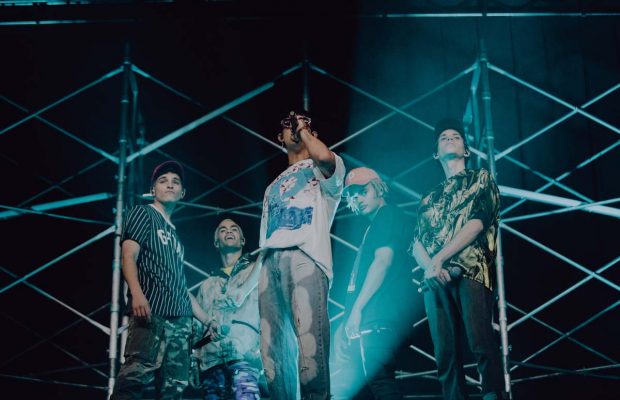 PRETTYMUCH, a boy band from Los Angeles, is taking the world by storm. With the release of their second EP, Phases, the five boys took off on the FOMO tour. Their second show of tour was in Houston, TX at Revention Music Center on July 13th. The show opened with pop duo WMJ from San Francisco. The band played some of their original songs and got the crowd hyped with a couple Ed Sheeran covers as well. PRETTYMUCH then took the stage, starting their show with the concept of “FOMO treatment” that moved through different “Phases.” The show started by projecting a silhouette of each guy in the band, which caused the crowd of teenage girls to go crazy. The guys opened with their new single that is set to drop July 19th, Lying. The set consisted of different levels of scaffolding risers that the guys danced on, jumped off, and gave the show physical levels. The boys then performed most of their catalog, including songs from their latest EP, their debut EP, and the singles that they’ve released. They also played another new song which they self-produced and wrote themselves called Rock Witchu. They asked the crowd to choose through applause which song they should sing first out of their two smash hits 10,000 Hours and Jello, to which the crowd chose 10,000 Hours (even though they ended up playing Jello later). The hour long set was jam packed full of incredible choreography, great vocal harmonies, lots of laughs, and an energetic crowd.