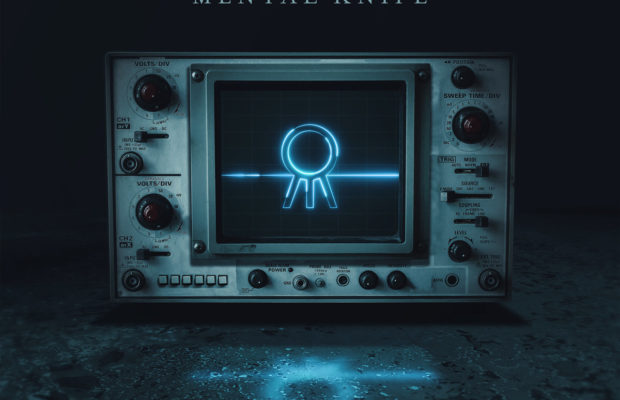 Hail the Sun (lead vocalist/drummer Donovan Malero, guitarists Shane Gann and Arin Garcia, and bassist John Stirrat) is one of the most exciting and talented modern acts to be watching in the heavy music scene right now. Putting their own unique take on the 2000s post-hardcore flavor of bands like The Fall of Troy and Chiodos, there’s something to be enjoyed for metal fans of all walks of life and genre within their already-formidable catalog of stellar music, going back to 2010 with “POW! Right In The Kisser” and creating stellar music ever since.

With their latest offering “Mental Knife”, the band have put together a listening journey that will undoubtedly become a hallmark of 2018 heavy music. Expanding into aggressive, mathy attacks such as in “A Lesson in Lust” and dialed-back shimmering beauty on tracks like “The Stranger in Our Pictures”, this record is a listen that will reel fans in and make more than enough room to create new ones.

The ominously-looming opening track “Gouge & Uproot” sets the stage perfectly for the album’s title track to follow, which pulls no punches with sparkling guitar riffage/tapping, high-intensity drumming and vocals that soar through every high and low point. “Suffocating Syndrome” follows with pounding blast beats and gritty screaming that creates a frantic storm to energize listeners and pull them in hook, line and sinker.

“Risk/Reward” holds an enthralling guitar soundscape that dances across Malero’s trademark high-range singing perfectly; although one of the album’s shorter tracks, a change of pace that showcases the musical talent of the band extremely well. The preceding “Feel It When Convenient” is the complete opposite, with a Dillinger Escape Plan-flavored intro that traverses into anthemic sections and a chorus that is sure to be friendly to crowds of any sort.

Some other great moments from the record include the track “Arcane Justice”, jumping from 90’s emo influence to speed metal (yes, a speed metal section) and back to the band’s trademark post-hardcore sound on a dime and the math rock vibes and aquatic vocal distortion of single “Glass: Half Empty”. The dark undertones of closing track “On Existence”, ending with the introspective and off-putting mantra of “I’m just a vessel” and finishing the album in a similarly-ominous way as it began.

One would be hard-pressed to find a more fantastically daring post-hardcore record this year; and a more brilliant heavy record, for that matter. If Hail The Sun did not have a place as a widespread favorite in post-hardcore as of yet, the offerings on “Mental Knife” are undoubtedly going to have their name spoken of for a long time to come.

Watch the music video for :Glass: Half Empty” below: