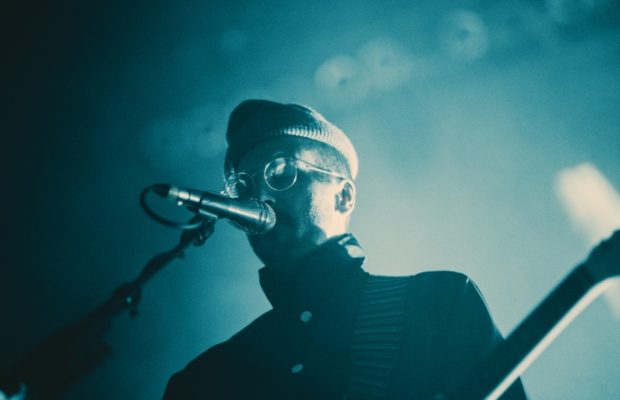 Portugal. The Man’s live performance is just what you would expect after listening to their music, completely unexpectable. After attending one of the band’s shows with Grouplove years ago, my affinity for their eclectic stage production and psychedelic sound was born. However, tour after tour, no Boston show was announced. Wednesday night, Portugal. The Man made up for the nearly three years of neglect as they took the stage of the House of Blues. This concert was the first of a string of dates in advance of their new album, Woodstock, due out on June 16th.

Throughout the show, the Portland-based band provided little time for stage banter as they effortlessly and expertly transitioned from song to song; almost as if their whole set was just one, nearly two hour track. Their hypnotic music was met with equally as intriguing projections, cast upon the stage.  Before Portugal. The Man concluded and the projections ceased, they performed “Purple Yellow Red and Blue”, a single the audience had already heard that night, but merged it with a dynamic cover of Pink Floyd’s “Another Brick Wall Part 2”. With old songs and new tracks, Portugal. The Man delivered an unforgettable performance and began their tour on a great note.