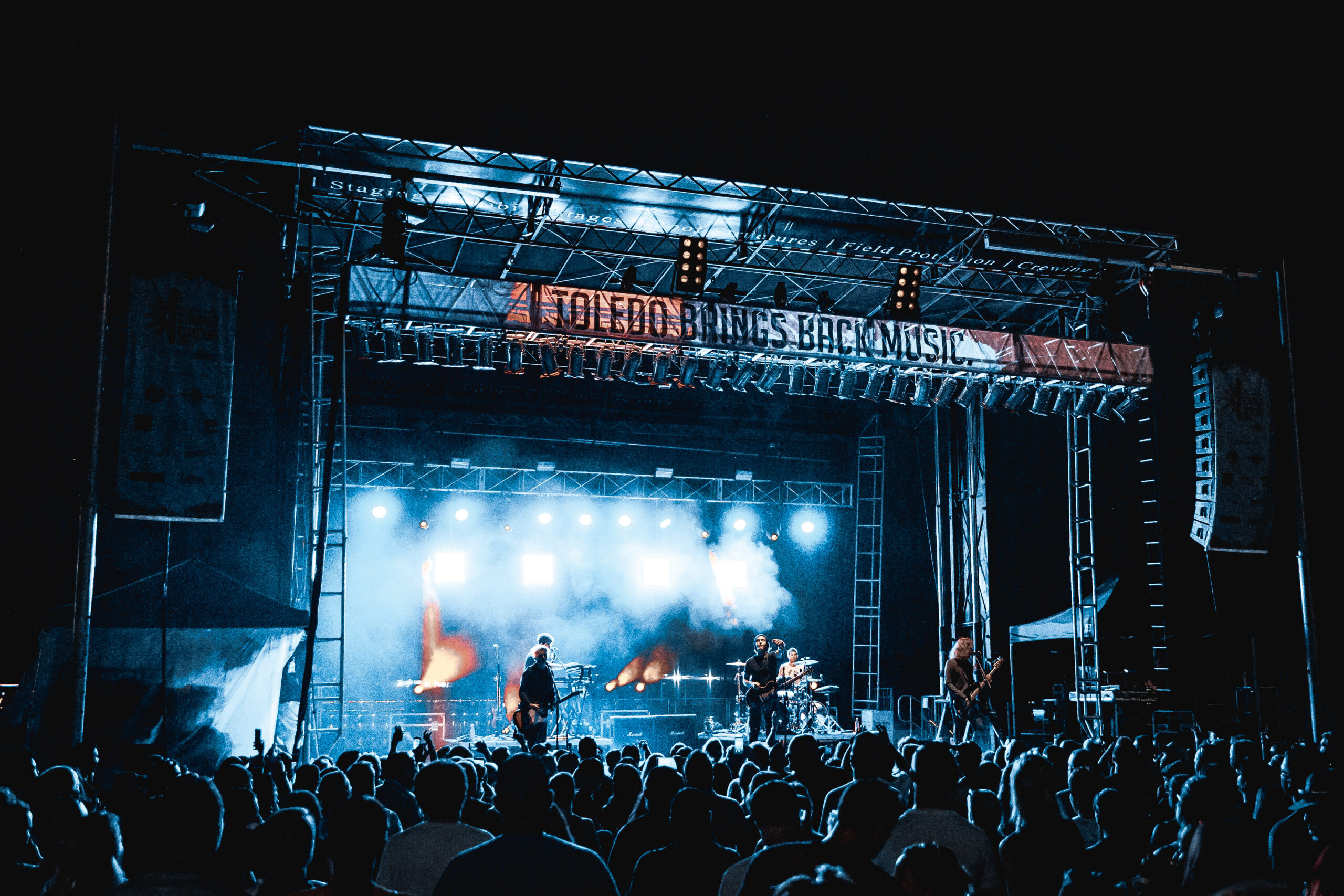 Downtown Toledo was buzzing Thursday evening. At the stadium, the Mud Hens were playing St. Paul and just down the street at Promenade Park a huge crowd gathered to see Third Eye Blind live as part of the Promedica Summer Concert Series.

Third Eye Blind were one of my first canceled concerts when Covid-19 hit in the spring of 2020 and now they are one of the first ones back.

They came on stage shortly after 8pm and played a great variety of songs from their long-spanning career. They played all the hits fans wanted to hear, as well as some deep cuts. I was more than happy with the song selection and frontman Stephen Jenkins said they were changing up the setlist as the show went on.

I did miss their newest single “Box of Bones” from their upcoming new release “Our Bande Apart” which will be released on 09/24/21. Make sure to pick up a copy