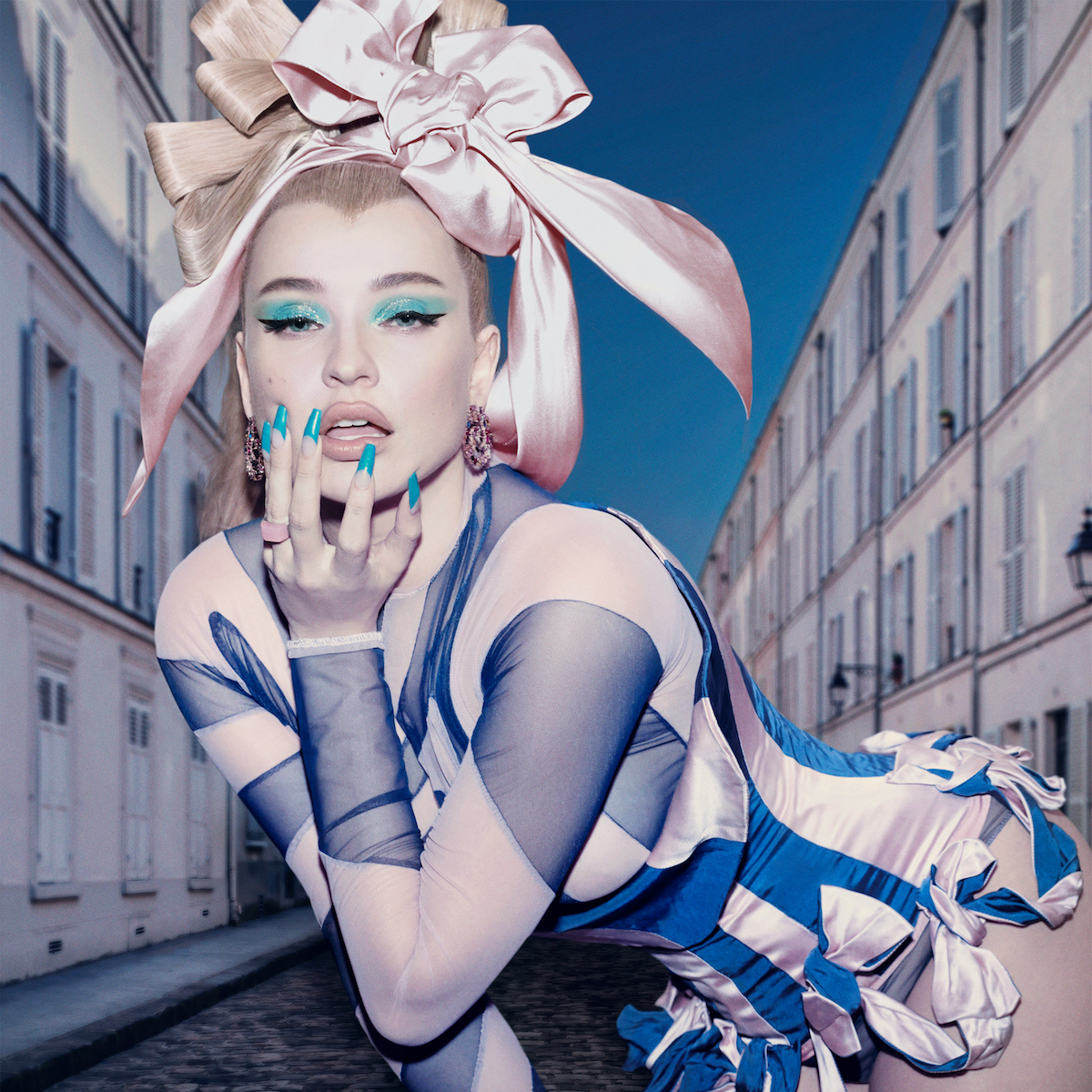 Pop trendsetter Kim Petras recently premiered the official music video for her new single “Future Starts Now”, a glossy end of the world dance party inspired by the chaos of one chapter closing for a new one to begin – a reminder that although our world has changed, there’s still hope and joy to be found on the other side.

“The ‘Future Starts Now’ video is inspired by going into the unknown, having the world change and break under you, and celebrating that change and the future after what feels like the end of the world,” says Kim. “I was very into this amazing anime called Japan Sinks and, since I was so inspired by Europe when making my new music, I thought ‘There’s no better way to do this music video than to have the Eiffel Tower sink.’ When I think of Europe, the first thing I think about is the Eiffel Tower. It’s a metaphor for life: things are going to change whether you want them to or not and you can either roll with it and make the best out of it or let it drown you. The pandemic changed the world in bad ways but good ways too. It’s about not letting life sink you and to have fun and celebrate the world – whatever it becomes.”

Recently, Kim Petras made her debut television performance of “Future Starts Now” at the 2021 MTV Video Music Awards Pre-Show and attended the elite fashion event, 2021 MET Gala. “Future Starts Now” sets the stage for her forthcoming debut album and the first release from her newly inked partnership with Republic Records. Upon the single’s release and her long-anticipated return press started buzzing, Paper Magazine asserted “At long last, we’re finally at the dawn of a new era for Kim Petras.” Billboard proclaimed, “The princess of pop has final returned!” and MTV agreed that Petras “is back and better than ever.”  Pulling inspiration from 80s-infused dance hits and the European house music that she fell in love with on her childhood family trips to Paris, “Future Starts Now” wipes the slate clean after a tough year to capture the euphoria of being in the moment. “Future Starts Now” is a bold declaration of what’s to come and Kim’s debut album is a shimmering, dance-pop escape that marries elements from her early pop hits and her critically acclaimed projects Clarity and TURN OFF THE LIGHT.

Since first emerging on the scene, Kim Petras has self-styled a massively dynamic career, that’s included selling out headline tours of North America and Europe and earning lavish praise from major mainstream publications and taste making outlets worldwide—while embodying the type of larger-than-life magnetism that inevitably inspires worshipful emulation. At the age of 20, Petras saved up all her money from a waitressing gig and booked a flight to L.A. to launch her music career. Not long after the move, she crossed paths with Aaron Joseph and began working with the up-and-coming producer—a collaboration that soon gave way to 2017’s “I Don’t Want It At All” (a #1 hit on Spotify’s Global Viral 50) and her first Top 40 smash “Heart to Break.” As she made waves with Billboard-charting hits like “Feeling of Falling” (with Cheat Codes) and “1, 2, 3 Dayz Up” (feat. SOPHIE), Petras delivered her project Clarity to widespread acclaim in 2019. Its lead single “Icy” landed her on “Good Morning America” for her national TV debut, and Petras was soon personally selected by Ariana Grande to appear on the Charlie’s Angels soundtrack. Concurrently, she droppedher Halloween-themed full-length project Turn Off the Light, which includes stand out tracks “There Will Be Blood” and “Close Your Eyes.” In 2020, Kim performed her Summer hit “Malibu” on Jimmy Kimmel Live and collaborated with artists such as Kygo, Madison Beer, and K/DA. After years of triumphing as an entirely independent artist, Petras signed to Republic Records and now sets out on a brand-new era with the release of “Future Starts Now.”  You can connect with Kim Petras via the following links: