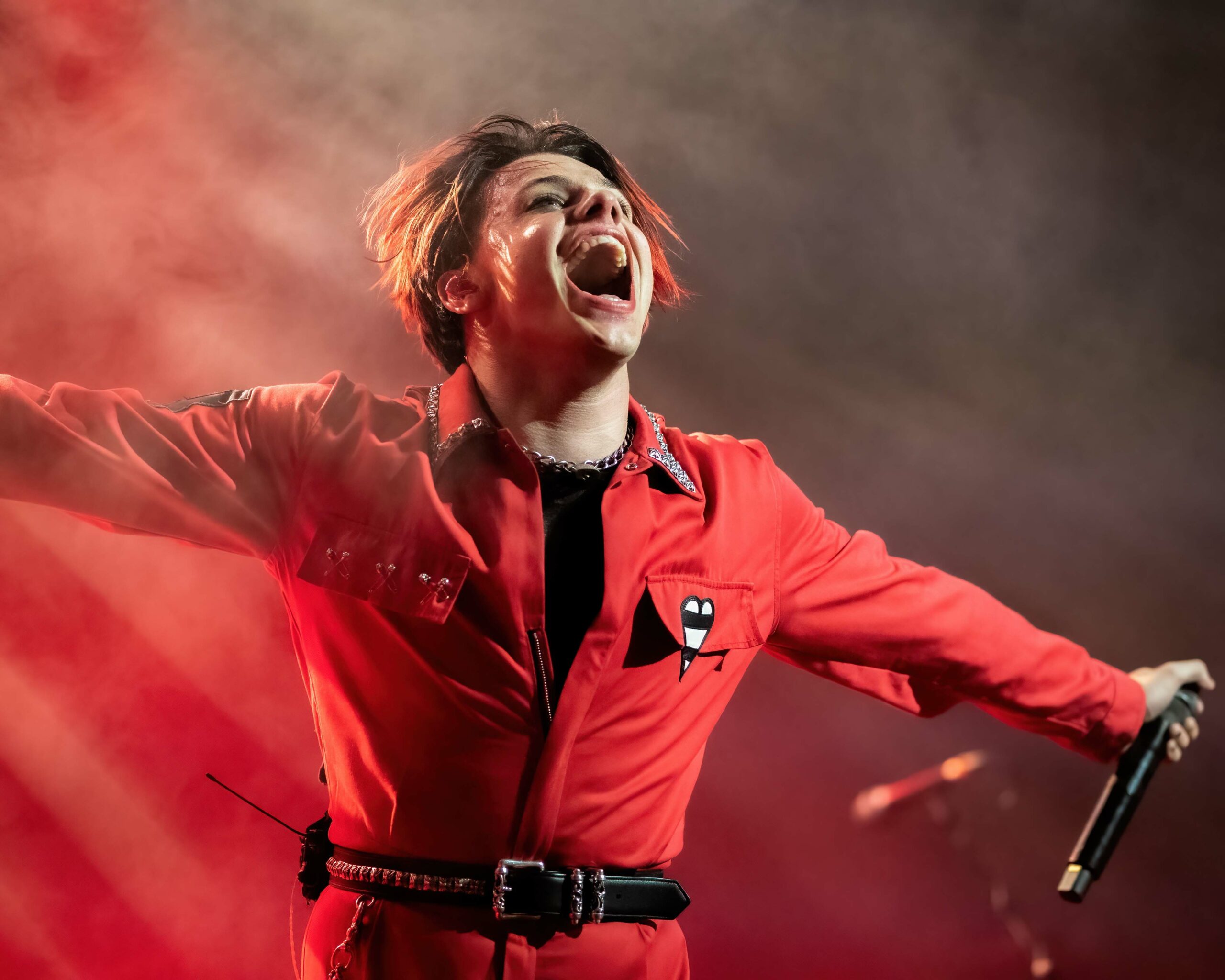 Yungblud  brought his ‘Life on Mars’ tour to the O2 Academy in Bristol (UK) on 4th October 2021, I managed to photograph him on his first night of two dates here. I photographed Yungblud for the first time just over two years ago and definitely knew I had to photograph him performing again when he came back to Bristol.

Yungblud, real name being ‘Dominic Richard Harrison’ is an English singer/songwriter from Doncaster in South Yorkshire in the United Kingdom. He released his debut single ‘King Charles’ back in 2017 and since then he has released 2 EP’s and 2 studio albums. During his career so far he has collaborated on songs with artists such as: Machine Gun Kelly, Halsey, Travis Barker, KSI, Bring Me The Horizon and many more. I honestly can’t wait to see what artists he collaborates with in the future!

Upon arriving at the venue the show was being held at, I was amazed to see how big the queue was compared to the first time I saw Yungblud live here. The queue was all the way up the street and then continued in the multi-storey car park which was just up the hill. Hundreds of fans lined the streets to see Dom live. What a show they were in for!

We were treated to two supporting acts, the first being ‘Daisy Brain’ who took to the stage at 19:30 til 20:00 and the second being ‘renforshort’ who performed between 20:20-20:50. These acts definitely got the crowd ready for when Yungblud took to the stage.

The anticipation/excitement for Yungblud to take to the stage was only increased when draped curtains masked the audiences view. The main man we were all waiting to see took to the stage just after 21:20 and the show kicked off with a Kabuki drop. The concert went on until nearly 23:00 and what a gig Yungblud gave us. Dom performed many songs from his latest studio album entitled ‘Weird’, my personal favourites on this album are the likes of: love song, weird, cotton candy, god save me, but don’t drown me out and it’s quiet in beverly hills. The whole album is a masterpiece though! He also performed his debut song ‘King Charles’.

Yungblud is honestly one of the best performers I’ve ever had the pleasure of witnessing live. His stage presence is so ecstatic and it’s really exciting to see him enjoying himself so much whilst performing his music to his fans. There was so much crowd interaction at the show, speeches and he often threw mementos for his fans to catch in the crowd. Some of these being part of a microphone stand, guitar picks and beer cups he’d drunk from.

I can’t wait to see Yungblud a third time next time he tours in Bristol, his shows are definitely in the top 5 gigs I’ve been to. I’ll now let the photos I took do the talking and you can get a feel of how incredible the atmosphere there was.