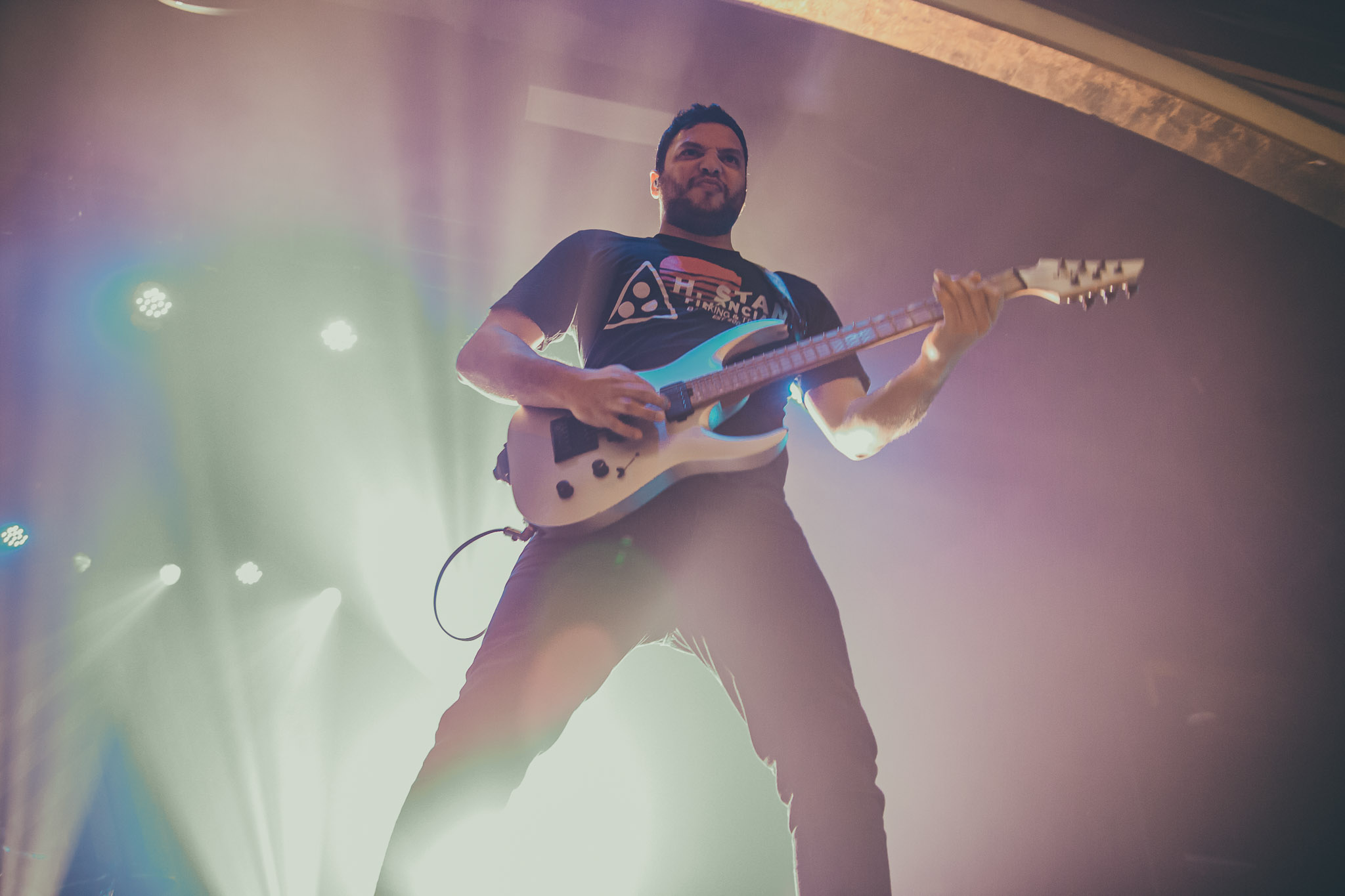 Last week on February 3rd, I got to witness Plini and Periphery put on some amazing performances at The Van Buren.   Unfortunately I missed Arch Echo’s set before Plini but I heard nothing but great comments from audience members and band members from the other acts giving them shoutouts.

Plini I had not heard prior to the day of the show but they were really fun to listen to and to photograph.   They’re an instrumental band so I had some fun dancing around to them in the photo pit.  Even between songs, not many words were said other than some funny exchanges with the audiences.  Everyone was just vibing with them and it was all smiles.

Periphery, I’ve seen a couple times and they are never anything less than epic.  They put on one hell of a show and their lighting designer is also very entertaining but also makes me very grateful that I don’t have epilepsy.

I thought Periphery had a great flow to their set.  They started their show with the almost 18 minute song, Reptile, which was perfect.  Side note, when I got my photo pass they told us we only got to photograph the first song for Periphery and I was a little bummed until I realized they were doing that song first.  The band ended the night with an encore of Lune and had the whole crowd chanting with them which was truly magical.