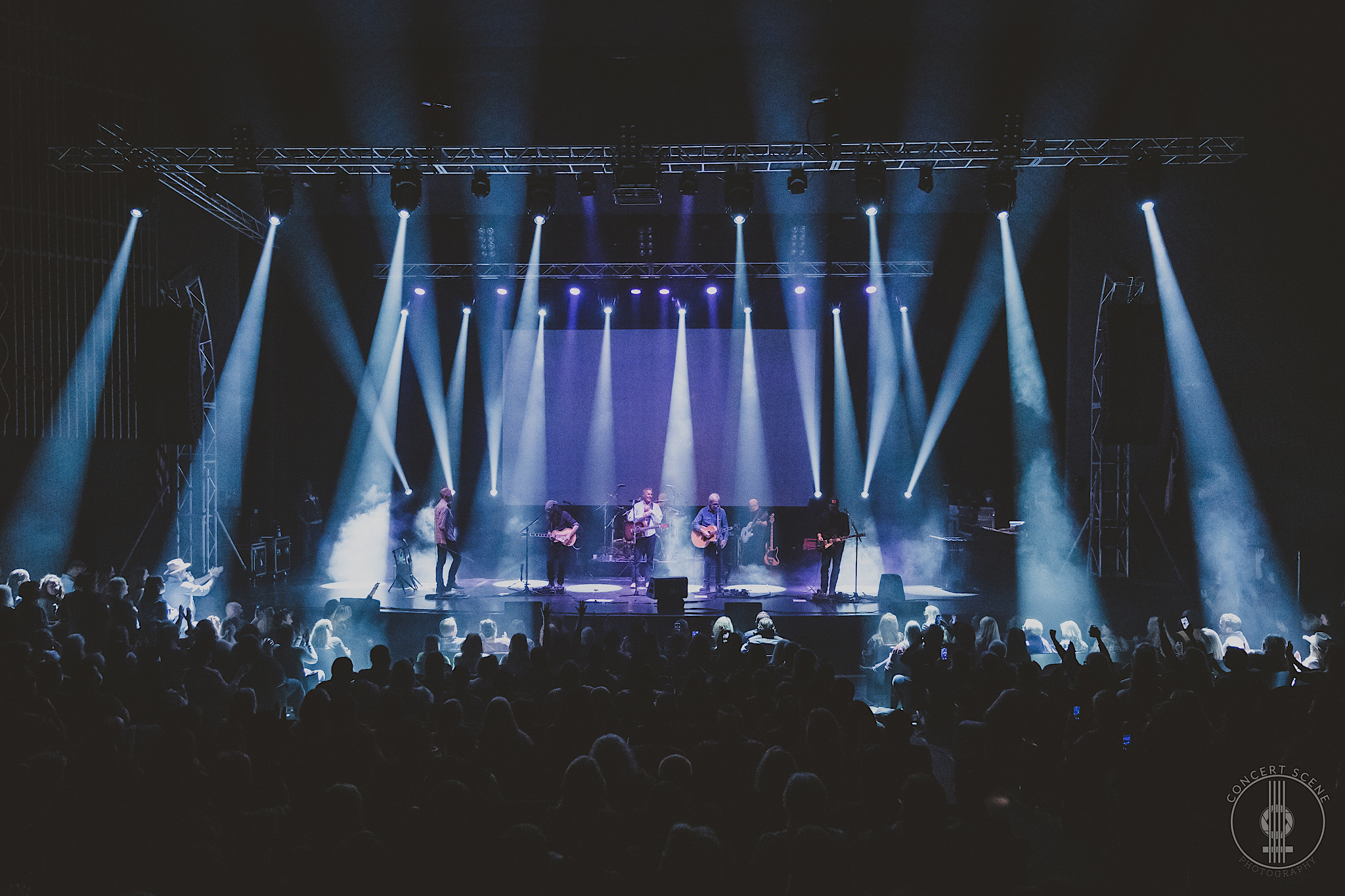 Most of you only know Kevin Costner as an actor, but he is also a very talented musician who sporadically plays concerts with his band “Kevin Costner & Modern West”. His band consists of an additional six very talented band members, who all play a variety of instruments. They are a pleasure to watch and I was very excited to be able to catch their performance at the Wexner Center Mershon Auditorium in Columbus last night.

Kevin Costner & Modern West are in the middle of their “Tales From Yellowstone” tour and when the lights went off, their performance started with an 8-minute video that included scenes from popular Costner movies.

What followed was an almost 90 minute set of music, storytelling, and jokes. They played a great variety of songs from all their releases, as well as some new songs that haven’t even been recorded yet.

After the band left the stage, Costner stayed for a few minutes with a bottle of champagne and thanked the audience for coming by sharing the bottle with fans, who rushed to the stage.

Walking out of the venue, I overheard concert-goers talk about how personable and friendly Kevin Costner seemed and how glad they were they decided to come to the show.

Kevin Costner & Modern West are still finishing up their tour and if you get the chance to see them, I’d definitely recommend that you do.