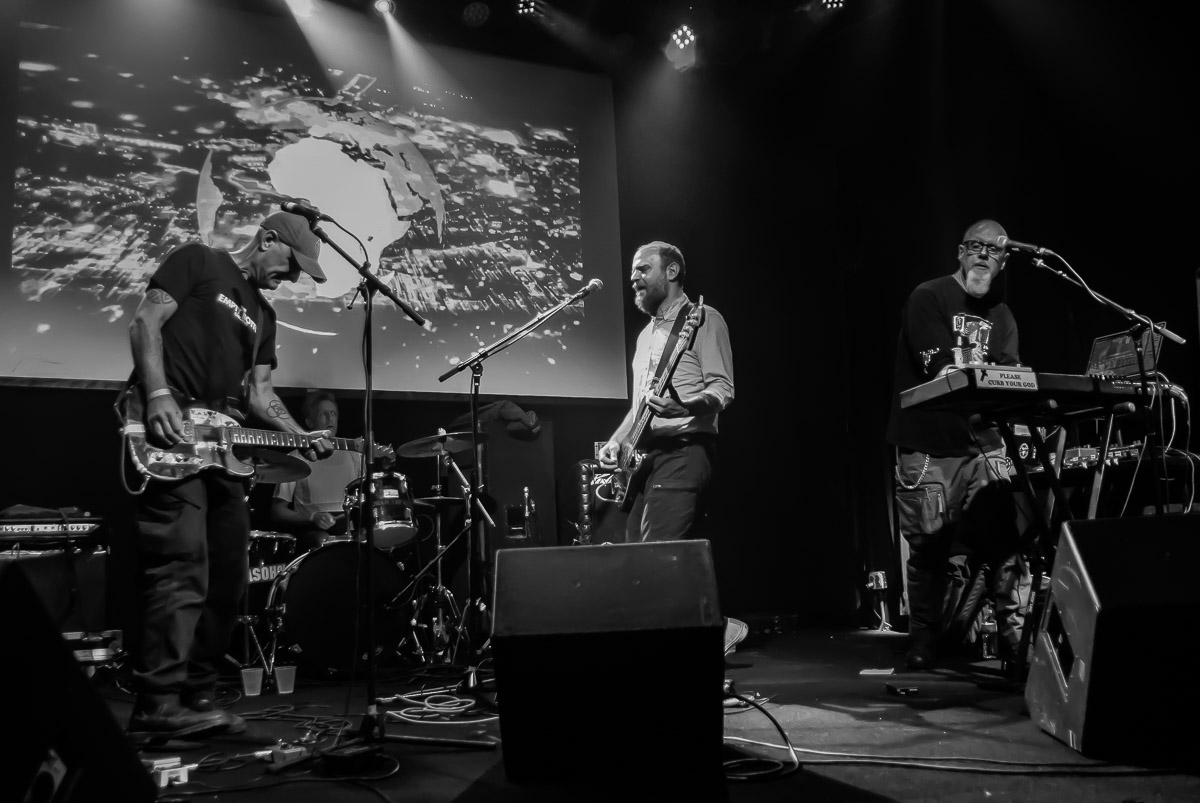 On December 9th, noise rock supergroup Human Impact, featuring Chris Spencer [guitar/vocals] from Unsane, Jim Coleman [electronics] from Cop Shoot Cop, Chris Pravdica [bass] from Swans and Phil Puleo [drums] of both Swans and Cop Shoot Cop, made a stop in Louisville, KY on their first tour outside of NYC since releasing their debut self-titled album in March of last year.  Although covid shutdowns kept them from touring upon the release of their album, they finally were able to hit the road in November of this year to give fans the chance to experience their songs live.  Although a modest crowd was in attendance this evening, the band performed a great and high energy set with songs from their  album, with screens set up behind the band with different colors, designs, and images appearing as a backdrop to their music.  With a cinematic sound and plenty of electronic elements from Coleman, they had the crowd engaged throughout their set.  Spencer thanked the crowd for coming out between songs and said how glad they were to be touring and playing their songs live.  Here’s hoping they tour again soon!  Local bands Bad Wires and Waxeater opened the show!