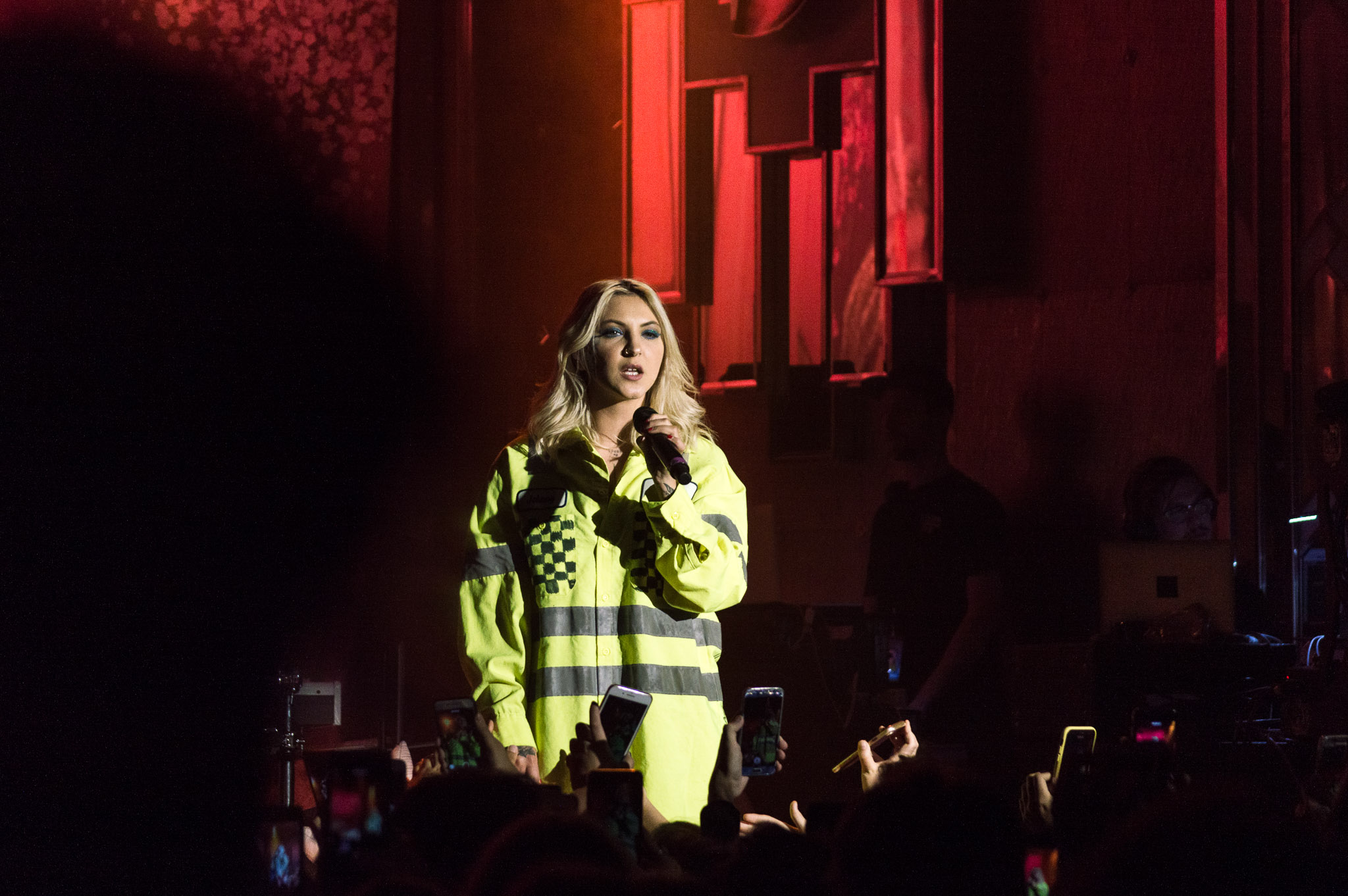 Rhys Lewis was in charge of opening the night. The British singer-songwriter started by attempting to present himself in Spanish. He opened his set with ‘End like this’, a song from his latest ep ‘In Between Minds’. It was followed by ‘Living in the city’, which as he explained, tried to reflect the feeling of being lonely while living in a city like London. Next, he performed ‘Hold on to happiness’, ‘Better that today’ and No right to love you’, accompanied by the crowd’s clapping. Hoping to come back again, he said goodbye and presented Julia’s set.

It was 21:00 and no one could wait longer to finally see Julia Michaels live. The venue had slowly filled completely and you could feel the excitement in the air. As soon as she was on stage, the Spanish crowd welcomed her warmly. She started by playing ‘Pink’ from her first album ‘Nervous System’ and then managed to get the entire venue jumping to ‘Miss you’. The third song of the set was ‘Make it up to you’ and the energy of the crowd was just beginning to increase. ‘Worst in me’ and ‘Heaven’ were also included in the set, as were ‘Deep’ and ‘Into you’. After saying they had measured the volume and confirming that Madrid was being the loudest crowd, Julia decided to do a competition to see which side was the loudest and make sure everyone was screaming as much as they could. The show continued and the American singer and songwriter performed some songs from her latest album like ‘Falling for boys’, ‘Hurt again’ and ‘Priest’. She also included ‘Happy’, ‘Fuck you’, ‘Apple’, ‘Anxiety’ and ‘Uh Huh’.

The night was coming to an end and Julia decided to invite Rhys onstage to sing her song ‘What a time’ from ‘Inner Monologue Part 1’. Everyone enjoyed their performance and screamed the catchy chorus. Finally, she chose ‘Issues’ as her final song and left everyone hoping she would come back to Madrid during her next tour.