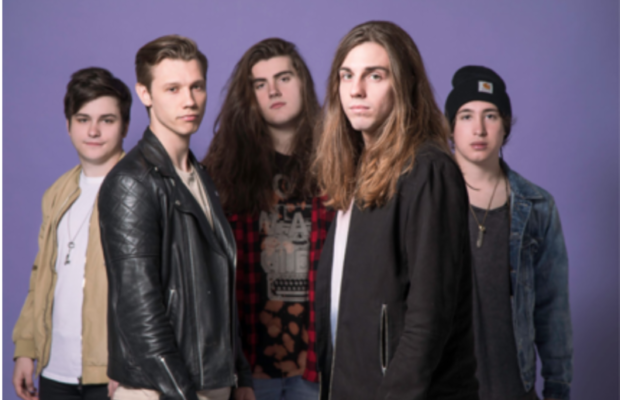 Oh, Weatherly have shared the second single, “I Think I Want You”, off their forthcoming album Lips Like Oxygen.

Co-produced by Jake Bundrick of Mayday Parade, Lips Like Oxygen is a deeply personal and emotionally revealing debut full-length from Oh, Weatherly. Speaking to the new record, lead singer Blake Roses said, “What this album means to me is more than just music or simply a combination of nice sounding chords.”

Following the passing of his father, Roses began channeling his energy and emotions into helping raise his younger sister as well as a budding relationship with his best friend from high school. Following the first Oh, Weatherly tour, Blake’s engagement was broken off, thus beginning the process of healing through his music.

“This album is a tribute to the lessons I have learned and to the people who mean/meant most to me,” Blake continued. “I do not regret anything I have done in my life and would not take back a single thing. I would not have made it here without these experiences driving me. That being said, I no longer expect anything from anyone but myself.”

You can watch the visual for “I Think I Want You” below:

Lips Like Oxygen is a follow up to Oh, Weatherly’s 3027 EP Make You Bright, and will be out July 27th via Hopeless Records.