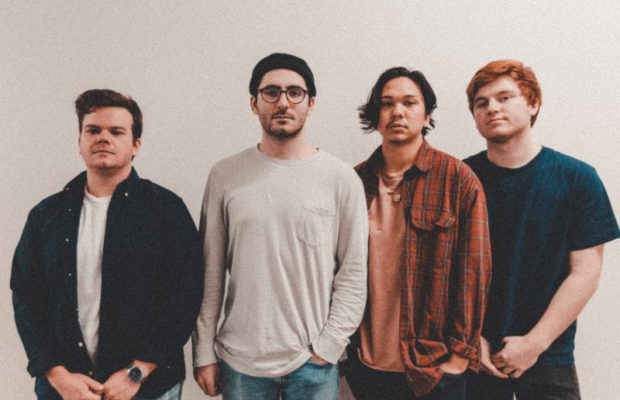 New York based pop rock band Young Culture have signed to Equal VisionRecords. Fans can watch the band’s new video “Drift,” below. The track, a sign of what’s to come from the young quartet, was co-produced by Derek DiScanio (State Champs)and Sam Guaiana (Seaway, Coldfront). Catch Young Culture on tour this fall with Kayak Jones and If Only, If Only.

On signing, vocalist Alex Magnan shares: “‘Drift’ is the beginning of a new era for Young Culture. The song is about struggling to make ends meet with someone who doesn’t want something the same way you do. We’re very glad to be able to give you something genuine through hard times and hard work. We’re grateful to Equal Vision for being so incredible to work with and to our fans who’ve been here from the very start. Thank you all for being a part of this journey.”

It’s not often that a rock or punk band will make a hip-hop style mixtape just to clear their creative cobwebs. But that’s exactly what Albany-based four-piece Young Culture did. Formed by school friends Alex Magnan (vocals) and Gabe Pietrafesa (guitar), who have been playing together for a number of years, Young Culture put out their debut mini-album, You, in the summer of 2016. It was followed up with a five-track EP called Blue. The former had a song,

“Bedroom Floor” that featured Derek DiScanio from State Champs – a fellow Albany band – on backing vocals. The latter was co-produced by him and Seth Henderson, who’s worked with the likes of Real Friends, Knuckle Puck and Sleep On It.

Young Culture – completed now by guitarist Troy Burchett and drummer Nick Cavin – toured those songs and began to build up a solid following, which remains strong today. But instead of working on new material for the band, the pair, fuelled by an inherent restless creativity, began to experiment, Pietrafesa sending Magnan different beats to write lyrics over just to keep their inspiration and creative juices flowing.

A complete 180 to the music Young Culture had made previously, the band released them as a mixtape under the abbreviated moniker YC. The songs served as an important writing exercise for the pair to sharpen their skills when it came back round to writing ‘real’ Young Culture songs. That influence is very much evident in “Drift,” the first song the band has written since signing to Equal Vision Records.

The result is a song that redefines who Young Culture is as a band, but also reshapes the perimeters of pop-punk – although it should be noted that they’re very wary of being confined to just that genre. As they should be – because there are many more layers to this song and this band.

The release of the emotionally charged “Drift” is helping to usher in a brand new phase of Young Culture’s existence. They might now be just 20 years old, but both Pietrafesa and Magnan’s attitude and songwriting ability display a maturity way beyond their years. And while this isn’t an entirely new beginning, it certainly marks the start of something that’s thoroughly unique, electrifying and engaging.