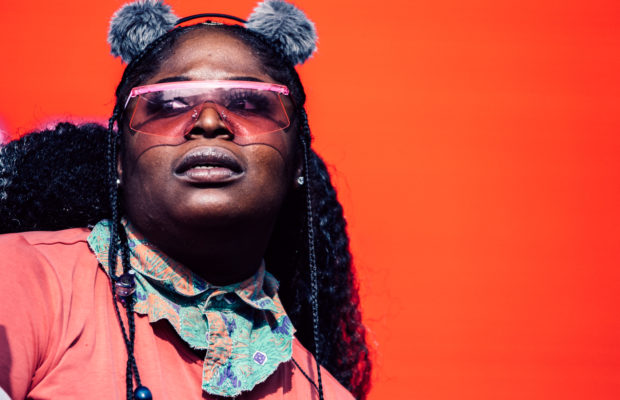 North Coast dubs itself “Summer’s Last Stand”, and while there are still some major festivals to come in Chicago (Riot Fest and AAHH! Fest included), last weekend was a solid attempt at holding onto summer just a little longer. The three-day festival, hosted by React Presents, Cold Grums Productions, Silver Wrapper, and Metronome Chicago, brought an unconventional crowd together for hip-hop, EDM, and alternative rock.

Day 1 started off strong with performances from Akenya and WebsterX. Akenya, who is slowly becoming synonymous with Chicago R&B and hip-hop, opened the festival to a small but enthusiastic crowd (I stuck around for her full set). She has performed with such local greats as Noname and Ravyn Lenae, and she is on her way to becoming a well-known artist in her own right. Across the park, WebsterX put on an exciting set of eclectic hip-hop and spoken word. Originally from Milwaukee, WebsterX is quickly becoming known as a solid rapper and has been featured in The Fader and Consequence of Sound.

The big disappointment of the weekend came from one of the headliners on Day 1. “The King of Trap”, Gucci Mane, put on a very bland and unexciting performance, especially given the performances that I’d seen just a few hours prior. Mane’s DJ spent the first 20 minutes of his set playing tracks to get the crowd excited, but by the time the rapper actually came out, some of his fans were a little annoyed. Mane’s performance was less about artistry and more about ego; he half-heartedly spit out his lyrics while pacing back and forth on the stage. His fans deserved better than that performance.

Day 2 was hampered by torrential rains; hundreds of people left the festival early and didn’t stick around for the main acts. Tank and the Bangas performed in the afternoon and put on a delightful show. The hip-hop/blues group from New Orleans improvised some spoken word and had the audience dance with them for nearly every song. Before the rain started, Post Malone (who was one of the biggest acts of the day) sang “Too Young” and raised a glass to his fans. He finished his hour set but was soaking wet by the time he was done, as were those who stuck around. The rain did let up a little for Big Boi’s set. Big Boi, who comprised half of Outkast, performed hits of his own as well as Outkast singles. It’s hard to think of a more perfect song to dance to after a rainstorm than “Mrs. Jackson”.

The last day was the most exciting of the festival, by far. Chance the Rapper surprised everyone during The Cool Kids’ set (both acts are iconic in the Chicago hip-hop scene) and performed five songs with the rap duo. Two of rock’s biggest acts played within an hour of each other, and it was magical. First, Primus came onstage and took the crowd on a psychedelic trip. Les Claypool performed last year at North Coast with his side project, The Claypool Lennon Delirium (fronted by Sean Lennon), but seeing him with Primus is really special. After Primus, half of Union Park gathered to see Ween, one of the best alt-rock bands of the 20th century. Founded in 1984 by Aaron Freeman and Mickey Melchiondo (aka Gene Ween and Dean Ween), the band have a massive following and usually sell out stadiums across the country. Seeing them at a somewhat small music festival was the perfect way to close out the weekend.