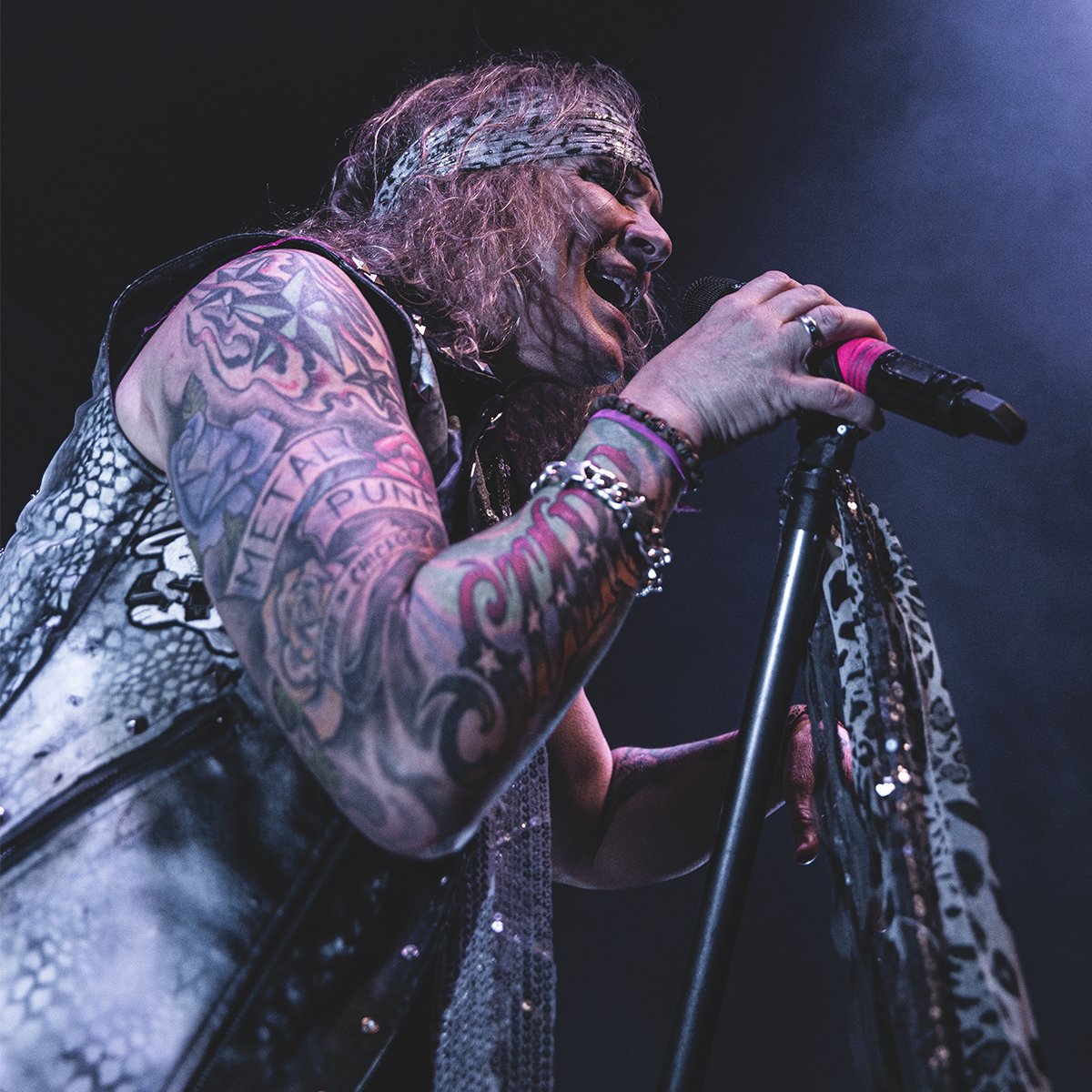 Steel Panther started in Bristol for the first UK show on the ‘Heavy Metal Rules Tour’. The band  is made up of four members, known as the stage names: Michael Starr (lead singer), Satchel (guitarist), Lexxi Foxx (bass) and Stix Zadinia (drummer). They are an American rock band from Los Angeles, California. Formally known by the names: Metal Shop (2000-2003), Danger Kitty (2003) and Metal Skool (2003-2008).

The band are well known for their comedic lyrics/songs, you will be able to see this straight away before even playing their music. The song names alone let you know what you’re in for. You can’t exactly fit their music into a specific genre, they fall under various categories. These being: Comedy Rock, Glam Metal, Heavy Metal and Hard Rock. If you didn’t know already Glam Metal is a sub genre of Heavy Metal. It features pop influenced hooks and guitar riffs and the style is influenced heavily by the fashion and image of 1970’s ‘Glam Rock’. They are so unique and I personally haven’t ever come across a band like them before. I should probably make you aware that I don’t normally listen to heavy metal/rock on a regular basis. I do however listen to various genres of music. I am glad I know about this band, if you’re in need of a good laugh…definitely check out some of their music.

Wayward Sons kicked off the show with a forty-five minute set. The band was formed in 2017 after the frontman ‘Toby Jepson’ put it together instead of pursuing a solo project after being approached by a record label. The group is made up of five members: Sam Wood (guitars), Nic Wastell (bass), Dave Kemp (keyboard), Phil Martini (drums) and of course Toby who started the band. They are a rock band from the UK.

Steel Panther brought a stage presence to Bristol which I have never witnessed before, they were extremely interactive with the fans which is nice to see. The frontman even shook hands with all of the photographers in the pit, including myself which was a nice addition to the opportunity of photographing them, definitely didn’t expect it. Not all musicians bring this energy/crowd interaction to their live shows. In between songs we got to see their comedic personalities come alive, something which particularly made me laugh was when they made remarks about how basic the stage production was and this was a result of them using money out of the tour budget to spend on drugs and girls. Definitely sounds like a Rock and Roll lifestyle to me! Who needs great stage visuals when you’re being entertained by these guys!