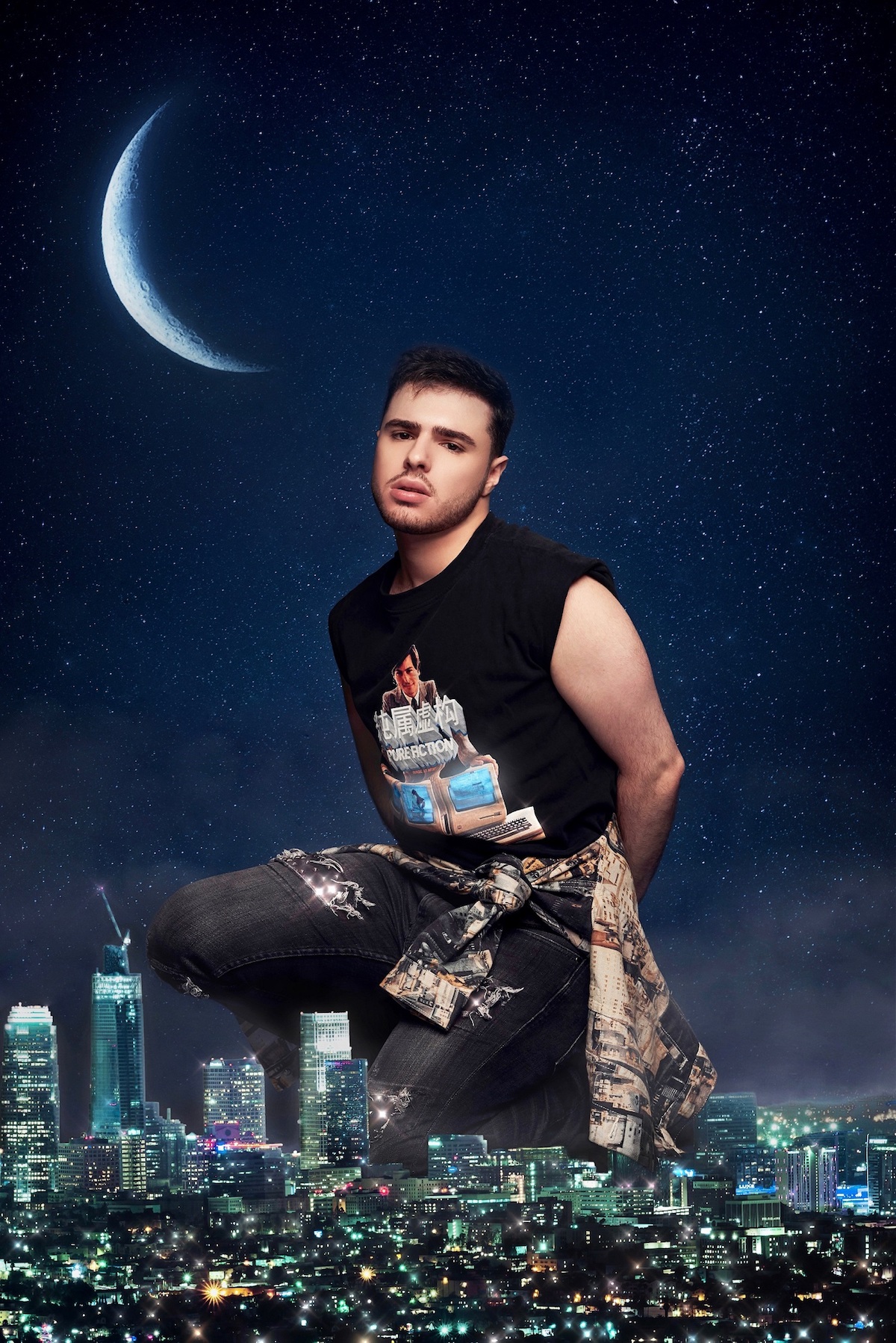 Inspired by the era of HitClips, frosted tips, boybands, and Britney, emerging pop powerhouse MkX has released the retro-futuristic video for his latest single “Fall.”  The video wrestles with the feeling of falling in love and pays homage to the larger than life, CGI-drenched videos of the 90s and early 2000s.  “I wanted to take the imagery that was in my head when I wrote this record and bring it to life,” says MkX on the video. “The song is an homage to late 90s/early 00s pop music, so the imagery that came to mind was also in that vein.  I put all of my ideas on paper, organized a bunch of outfits, set up my tripod and blue screen, and made my vision come to life!  I filmed the entire video myself at home during the quarantine and edited the whole thing on my laptop.  So, whoever watches this video really gets to take a trip inside my crazy mind.” “Fall” follows on the heels of “Down,” MkX’s sweat-slicked collaboration with rap sensation cupcakKe, and pulls from an iconic era of music’s history that saw the rise of *NSYNC and the Backstreet Boys – when pop was most unapologetically itself, much like MkX empowers listeners to be.

Architecting every nuance of his vision to blend R&B with high-tech industrial sound design to create glossy pop gems, MkX uses his music to empower both himself and his listeners, encouraging them to dare to be different. Independently racking up close to 5 million Spotify streams, MkX’s recent singles – including “Stay” and “right place, at the right time” (which has garnered over 800K views) – have earned him top 5 placements on Mediabase’s Top 40 Pop Charts and scored heavy rotation on SiriusXM. His polished, pop-infused R&B anthem “One Sided Love” hit the Billboard Top 40 Indicator chart and received support from radio which lead to the track regularly being played in retail stores nationwide.  An accomplished songwriter, producer, and pop scholar who uses his encyclopedic understanding of pop music to craft his own world, MkX draws his sonic and visual aesthetics from millennial nostalgia and pulls inspiration from producers Max Martin, Rami Yacoub, Darkchild, Sophie, and Cashmere Cat alongside multifaceted artists like Lady Gaga and Tinashe. MkX also produced and co-wrote “Young & Wild” for K-Pop supergroup TWICE’s platinum-selling EP YES or YES which hit #1 in South Korea and Japan. Before emerging as a solo artist under the moniker MkX – where the “X” represents self-expression through his art – MkX previously toured with Ariana Grande, Christina Perri, Rixton, and more to help the world find their own “X” before attending the prestigious Berklee College of Music in Boston, where he recently graduated Cum Laude.  You can also check out his recent hyper pop cover below of “Don’t Phunk With My Heart”, which earned a seal of approval from the Black Eyed Peas after they saw it on Instagram.  You can connect with MkX via the following links.  Photo credit: Anthony Grasetti.