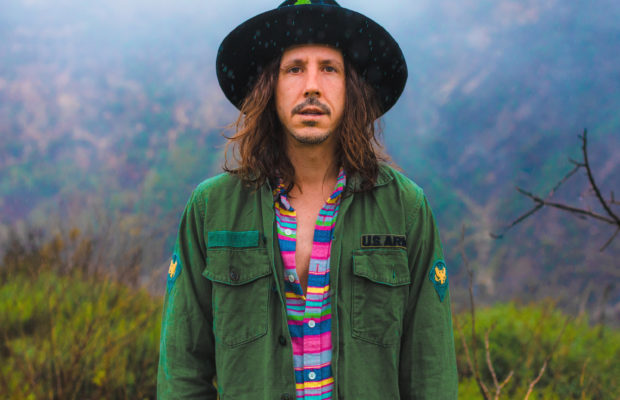 California musician, songwriter and producer Cisco Adler has had a celebrated career in the music industry, encompassing many roles over the years.  Blending elements of hip-hop, indie-pop and roots-tinged sounds into a sound that is influenced by his time spent growing up in California and Hawaii, Adler has created his own unique voice as an artist.  As the owner of Bananabeat Records, he is re-writing the rules of the game and taking the idea of of a traditional record label in an entirely new direction.  Adler is well-known for his work with the American rapper Schwayze, hitting the charts with their ubiquitous summer jams “Buzzin'” and “Corona and Lime”.  He’s also  collaborated with G. Love and Donavon Frankenreiter for their Americana-meets-surf rock project Jamtown.  Cisco had a Top 5 Alternative Rock hit with Mickey Avalon’s “Jane Fonda” and a bonafide cult classic with Dirt Nasty’s “1980”.  He’s worked with artists such as Mike Posner, Adam Lambert, G-Eazy, The Internet, Vic Mensa, Fergie, Tinashe, Gnash, Cody Simpson, and more. He landed a track on ‘The Hangover’ Soundtrack with Lil Jon and several other major film syncs, and also produced the soundtrack to FOX’s reimagined version of The Rocky Horror Picture Show: Let’s Do the Time Warp Again.  His work on The Rocky Horror Picture Show: Let’s Do The Time Warp Again saw him working with his father, esteemed music producer and film director Lou Adler, who was executive producer of the original film.  Adler will be releasing his new album Hippieland on June 14th via Bananabeat Records.  He recently released the single for “Somethin’ More”, which features back-up vocals by Mike Posner and Cody Simpson.  The song conveys the message that it’s ok to want more then we have as long as we can be thankful for having what we need.  You can follow Cisco Adler and stay up-to-date on all album news and upcoming tour dates, as well as stream and purchase his music via the following links.  Check out his video for “Somethin’ More” below.  You can pre-order the new album HERE.

You’ve worked with a number of amazing artists throughout your career that span a number of genres.  Your solo work has a more laid back vibe with some reggae sounds.  What led you to decide that this was the right time to re-focus on a solo album?  What influences factor into your sound as a solo artist?

I think the itch was always there but I didn’t have the material I felt matched where I am at in my life that I would want to sing forever.  I think I found that in Hippieland…my solo stuff is free of pressure and commercial needs. It’s for me and for the listener. To share…

You are the founder of Bananabeat Records which is, in essence, re-writing the rules of the game.  What was your vision for the label when you started it and how has that vision changed (if at all) over the years?

I started it as a way to create an artist-friendly label. Where they can find themselves and hopefully give them the tools to take it to the next level. If that is the case we find the right major partners and help them with that transition. Also a place for me to put out my music with my friends and enjoy the process…

You have said that you begin new projects with the artists you work with by understanding their history and goals and that you make an effort to write with all of your artists.  Was this your approach from the start or did it develop over time?

Yeah I’ve always written with artists I produce. I don’t make that a pre-requisite but it usually is just a natural progression. I can write a hell of a song so why not… 😉

Bananabeat Records focuses on one-off collaborations with talented artists on the rise.  What inspired this direction for you in running your label and are there any emerging artists you are currently working with/have recently worked with that you are especially excited about?  How do you come to work with these artists?  Do they seek you out, do you find them or is it a bit of both?

I try and focus on one artist at a time when it comes to developement. I recently signed Goody Grace to a deal with Atlantic after developing the project on Bananabeat. My current artist in developement is Samson. He’s brilliant and very special. His music is just starting to come out and show what he can do…

I also just started a publishing venture with Pulse and am signing my first two geniuses. An brilliant young artist named Phem who is on the rise and buzzing my strong and a writer out of Texas that is super special that i will announce shortly.

You have called music a unifying force and have been trying to figure out the new model for the record business in real time as it changes.  What has that journey been like for you?  How do you go about predicting patterns and trends in the music industry and what does the future of the industry look like to you?

It’s been a process. But I lead with love and passion and I feel like that makes the results worth it when it works. And when it doesnt seem like success it actually is because it isn’t about anything but making great music with great people and hopefully it helps them along their journey.

You have talked about three lessons you have learned as a producer/songwriter over the years- to be open to an ever-changing world of music and be ahead of the curve, to find the truth in a song and does a song make girls dance and make you feel something?  How did you come to learn these lessons and what makes them the most important to you?

Trial and error!!! 😉 I also could have 3 new rules tomorrow! I try to remain open to change…

A few years ago you helped to launch a hotel and musicians retreat in Mexico called Hotel El Ganzo.  How did you become involved in the project and what has it been like to watch it grow/evolve over the years?  Do you make it down there often?

I actually just helped with the studio and music program. It is now thriving and a big part of the success of the hotel and in large part due to my friend and collaborator Mark Rudin who I suggested take the job of music director and move down there. I was originally approached by a young visionary named Pablo Sanchez-Navarro who has since passed away unfortunately who’s dream it was to build the hotel. But his vision of an artist retreat where one can be themselves and trade their craft for a good time is there for all to experience! I am now helping the Four Seasons Lanai with a similar program. I just love bringing music to people and places that wouldn’t otherwise have gotten it.

What can you tell me about the band you formed a couple of years ago, Jamtown, with G Love and Donovan Frankenreiter?  Is the band currently active and working on new music or have plans to in the future?

It is a side project with 3 people who have rigorous schedules so we are always a band but not always active. When the time comes and schedule permits we will rock soon! Donovan and G are my brothers and Jamtown is a very special thing. More special even because it is luck and happenstance when we have the pleasure to rock! The music is so good and the players are top level so it is always a pleasure.

You have said that you like to learn and help other artists and take what they know and learn from it.  What do you feel are some of the best lessons you’ve learned from the artists you’ve worked with throughout your career?

Sensei equals Student and vice versa. I’ve learned so much. One lesson is definitely not over think stuff from new artists who simply can’t overthink cuz they are in a flow state. I try to take that into my own work. I was in with Benjy and Joel Madden the other day working on a collab between Good Charlotte and Yung Pinch and Benjy told a story about remind his brother the other day that “20 years ago we would’ve been 15 minutes early” that hit me hard. The wok always has to be done. Their is no cruise control or point of success that makes the work stop. So enjoy the work!

What can you tell me about your latest single “Somethin’ More”?  The song features Mike Posner and Cody Simpson, with whom you’ve worked with before.  What led you to feature them on the track?

It’s a groover! A great riff and a meaningful lyric go a long way!

You will be releasing your new album ‘Hippieland’ on June 14th.  What can you tell me about the process of making the album?  What can people expect?

I just let myself get lost in Hippieland and tried to remember what it was like to run barefoot and fancy free in the hills of Hawaii. That was the inspiration. I am also known for having a few years back in the day I now call the “naked years” where I literally got naked at parties and random times. I was searching for simplicity and a return to form that you only have for a few years as a child when it’s okay to be naked. I love that feeling of being naked and pure. This music is that.

Grammys, Oscar’s, and a private island…