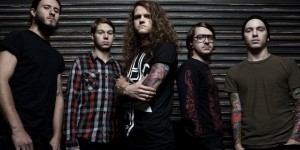 Ohio’s Miss May I will be heading into The Machine Shop studios in early January to start recording their third release from Rise Records which is set to drop on spring of 2012. They will be working with Machine on this album who has worked with bands such as Chiodos, Every Time I Die, Lamb Of God, and Four Year Strong.

It is described by the band’s bassist and vocalist Ryan Neff as their “most metal and dynamic release thus far.”

The band will also be later heading on a string of tours spanning from March 10th until April 17th. The tour include the Recorruptour tour and one with Parkway Drive overseas.