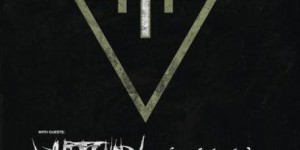 The Devil Wears Prada has announced that they will be doing another leg of the Dead Throne Tour in Latin America with Whitechapel and Architects (UK). They will be playing six shows in April.