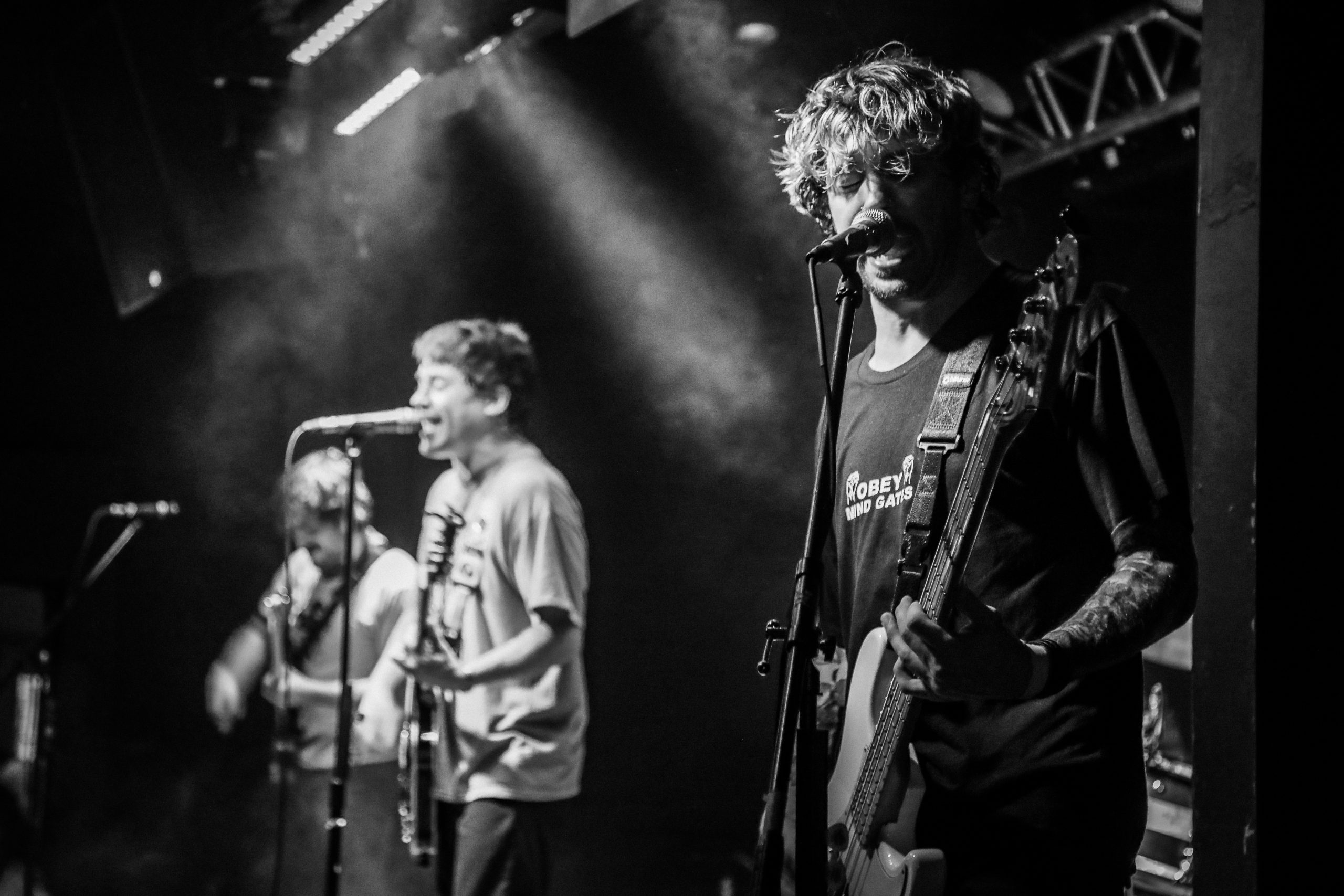 Microwave with A Will Away, Bad Luck, Weekend Friends, and No Handouts

It’s a real shame the memories from today will only pop up on my Snapchat and Facebook once every four years, because tonight’s show was definitely one I will not want to forget.

The night started off a little rocky, with a new up and coming local band, No Handouts, almost missing their time slot due a bomb threat at the fire station around the corner. Apparently a package was left in a car outside the Fire Chief’s office with no label which caused, in my opinion, an unneccesarily large panic. It ended up being a classic case of “can’t mind your own business”, but the show must go on, so one suspicious package later the all female pop-punk band took the stage and started off what ended up being a great night. Weekend Friends followed after and kept up the girl power with some indie rock tunes that were immediately added to my Spotify playlist.

King of the local scene, Bad Luck, returned to Florida to play for the fans who have been supporting them since day one. The band originated in Daytona Beach, FL in 2014, which being only 45 minute drive from Soundbar, meant the venue was packed with fans who have been a cult following since they were playing in a backroom of a record store. Bad Luck played some newer songs but for the most part stuck to their original hits and kept the crowd singing the whole set. The crazy thing about Bad Luck is that they have never struggled to stay relevant. Even after falling off the face of the earth for a few years, if you mentioned their name everyone in the local scene knew exactly who you were talking about. Then, when they returned it was as if they never left in the first place, picking right back up with the same bands and the same fans who never left their side.

Bad Luck is currently still releasing new music and if you would like to check it out you can find it HERE.

Next to the stage was A Will Away; I have to be honest, I have never heard of this band before, but holy cow did they put on a good show. At the risk of sounding like a lame old lady, I must admit it was a bit hard to understand their lyrics, but based on the crowd’s reaction I can only assume they were really good. A Will Away literally had the whole front row in tears screaming the words back to them and it was really something quite cool to experience. The band fed off the crowds energy which only made the fans more hyped.

Microwave took the stage next to close out the night and from the first song they played hit after hit. This is the fifth or sixth time i’ve seen Microwave live, but tonight it was the best setlist i’ve seen from them so far. I must admit my photos from Microwave’s set may be a little blurred, but that’s only because I haven’t perfected the art of singing as loud as I can while catching crowd surfers and taking pictures. For a band that produces songs on the more mellow side of the pop-punk / hardcore scene, they somehow always manage to get the crowd to go quite literally insane. People were stage diving left and right while the pit stayed strong til the last strum of the guitar. Oftentimes when you are watching a band play, you will see the previous acts standing on the side of the stage either looking bored or just ready to go home. With Microwave that is definitely not the case. The band members who are on tour with Microwave turned from colleagues to fans like Cinderella when the clock struck midnight. Some just singing from the sidelines and others, like No Handouts lead singer CC, stage dived into the crowd to join in the madness that was taking place on the floor.

Microwave recently released a new album, Death is a Warm Blanket, the namesake for their current tour. You can find it HERE or you can catch them on tour in a town near you until May 8th. Click HERE for a complete list of remaining dates.

All in all I cannot wait for any of these bands to loop back around to Florida and if you are lucky enough to have them tour near you, it is definitely worth the drive.