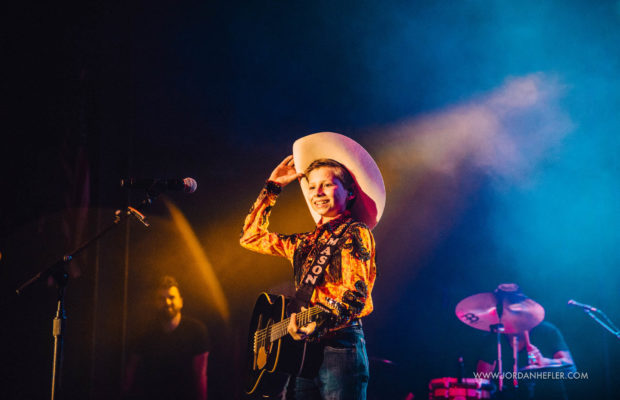 On March 30, 2019 the Baton Rouge community and beyond was graced with the presence of 12 year old internet yodeling sensation Mason Ramsey at the Texas Club. Hundreds of squealing girls crowded the stage in a sea of cowboy hats to see the famed “Wal-Mart Yodeling Boy,” who performed a variety of songs including Hank Williams’ “Lovesick Blues” and a few new songs of his own like “Puddle of Love” and “Famous.”

Since going viral with his video of singing “Lovesick Blues” in a Wal-Mart in Illinois in 2018, Ramsey has been on The Ellen Show, performed at the Grand Ole Opry, and even Coachella. Now on his own headlining tour, he’s giving fans a taste of both old school and contemporary country with his bright, energetic voice- and his happy go lucky 12 year old personality. He may be innocent in his youth (it was a refreshing experience to hear him express his love for beignets and the fact that he could ride go-carts in Baton Rouge) but his voice and talent is undeniable. The path to stardom for Mason Ramsey is just beginning, so catch him on tour while you still can!