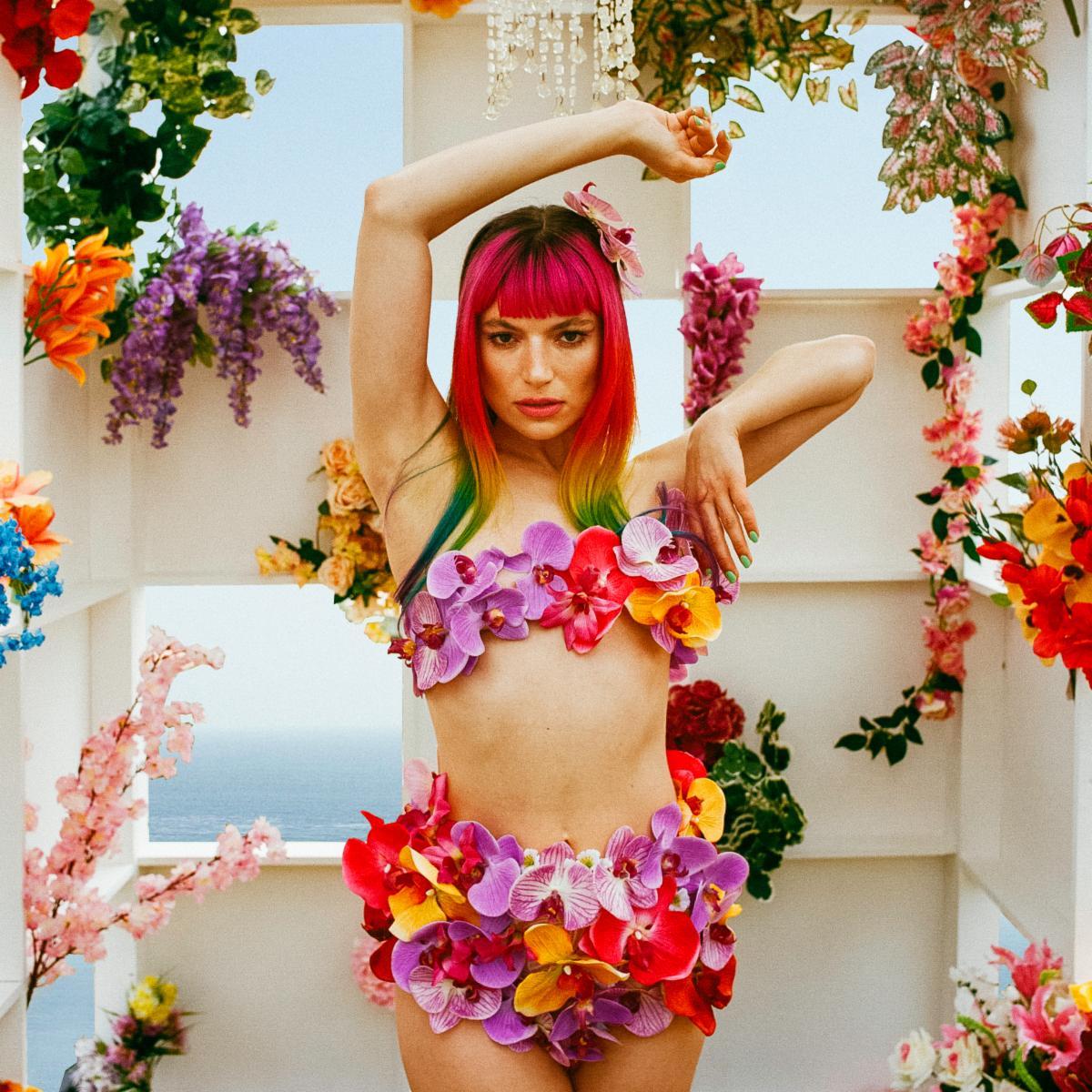 Molly Moore has released her new EP Escapism alongside brand-new single “Vacation,” a slow-burning pop jam about falling in love with someone who is already with somebody else and having to come to terms with the one-sided infatuation, despite getting wrapped up in the feeling. Escapism sees Molly step into her own to embrace every facet of who she is to find her voice and the light within and features previously released tracks “Shy,” “Do They?” and “Marco Polo.”

“Escapism is an ode to the journey of falling in love,” says Molly on the EP. “It’s about avoidance, fantasy, acceptance, and being reminded that you have the capacity to feel for another person, even after being heart broken. It’s about intimacy that goes beyond physical touch. I’ve been an escapist for most of my life, whether I’m escaping through music, love, substances, or simply experiences. I think escapism can be wildly therapeutic and also extremely destructive depending upon the circumstances. This body of work is an insight into my mind as I navigate every side of it.”
To celebrate the release of Escapism and her 2020 debut album Voice on the Internet, Molly will also be playing a special EP release show at Los Angeles’ Kiss Kiss Bang Bang on February 16 at 8:00pm. Curating the lineup herself, the event will also feature performances from Maty Noyes and COM3T. You can RSVP to the free, interactive event where you’ll be able to find hidden keys to unlock prizes and more HERE.
Brimming with emotional vulnerability, Molly finds herself in a transformative state on Escapism as she comes to terms with accepting her faults and learning to love herself, and others, in a much freer and kinder way. Hazy, dream-pop single “Shy,” which saw Molly feature on the cover of Tidal’s Pop&B playlist, is an upbeat, unguarded ode to the connection and initial spark between two people, undercut with the eagerness to know if the sentiment is mutual. The multifaceted EP also features previously released single “Do They?” which blurs the lines of genre to create a layered house party atmosphere that addresses the highs and lows of being in love with someone you can’t be with. On the swirling, bossa nova inspired “Marco Polo,” which features NoMBe, Molly explores the concept of escapism by speaking to meeting someone you can escape life’s problems with – all while wrestling with the desire to dive head-first into the relationship despite coming to the realization that you may be losing yourself in relationships to escape your own need for self-growth.

Throughout her career, Molly’s art has impacted pop from behind-the-scenes, writing for Jesse McCartney, EXO, Lea Michele, Robin Bengtsson, and composing children’s music for the Hasbro animated series Hanazuki. As an artist, she was previously one-half of pop duo Cosmos & Creature — who were signed to Steve Aoki’s Dim Mak label, garnered over 27 million streams, and shared the stage with artists such as Dua Lipa, John Mayer, and Bebe Rexha — before venturing off to create her solo music where she began to build a world around empowerment and expression through soulful beats and candy-coated vocals. Escapism follows Molly’s 2020 debut album, Voice on the Internet, which found her tapping into encapsulating thoughts and emotions as an ode to her journey of self-discovery. The album spawned intoxicating post break-up banger “Handsomer” ft. Maty Noyes — featured in Amazon’s Jolt starring Kate Beckinsale — KROQ Locals Only favorite “Careful,” and “I love you but I don’t like you” which have been quickly adding to her over 17 million global streams. Molly has garnered praise from the likes of Paper Magazine, Hollywood Life, Popdust, LA Weekly, Atwood Magazine, Ladygunn,and PopCrush, and her music can be heard in a variety of commercials for brands such as Zales, Peloton, Toyota, and Jack in the Box along with syncs in Netflix’s The Last Summer, MTV’s Siesta Key, and ABC’s Conviction.  You can connect with Molly Moore via the following links.  Photo credit: Abi Polinsky.
Website | Facebook | Instagram | Twitter | Spotify | SoundCloud | iTunes/Apple Music | YouTube | Deezer | last.fm | Tidal | TikTok