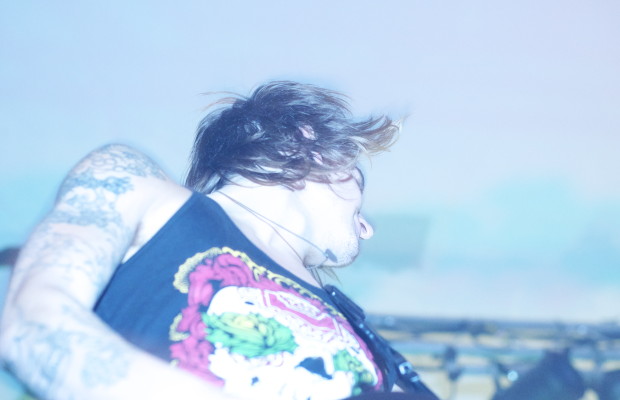 On October 1st, the Band of Brothers tour stopped in Edmonton, Alberta. We got a chance to catch up with We Came As Romans and also attend this show. That night was packed with good performances all around and a welcoming, friendly atmosphere all around.

The first band to play was a local band, Submerge The Sky. They played a pretty decent set, with a good live show and the crowd seemed to enjoy them quite a bit. Their sound and performance seemed to fit right in with the rest of the tour.

Upon A Burning Body came on next after a very enthusiastic chant from the crowd “Burning body!” Personally I have never heard of them before that night, and I had no idea what to expect, and also why the crowd was so excited for them. However when they took the stage and started off in their first song, I

realized that they were a extremely talented, having a blast on stage, all around great band. One of my favourite parts during their set, was when Danny (vocals) took someone’s cell phone, keeping it for a while. He later returned it, stating that he took it because they were texting during their set.

In Fear and Faith played next. Even though I, myself am not a fan of the band, I heard nothing but good things about them. I had hardly any ideas in my head about what they sounded like, but I expected them to put on a good show. Like the other bands on the tour, they didn’t disappoint. Starting out with a strong intro and keeping the crowd entertained through their whole set, they ended off with the crowd going insane.

We Came As Romans was up next, and it was clear that the anticipation from the crowd was felt by everyone. The previous three bands that played put on fantastic sets, and it was pretty obvious that We Came As Romans would not disappoint. As they took the stage, the whole crowd started going crazy during just the first song. Through the whole set smiles and a warm feeling seemed to wash through everyone. We Came As Romans ended the night off with a phenomenal energy packed performance.