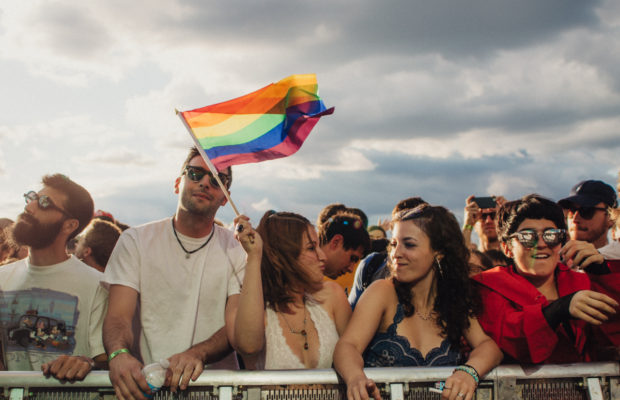 Mamby On The Beach

Oakwood Beach is nestled on the Southside of Chicago, just north of Hyde Park. It’s often not busy, but on June 24th and 25th, the beach was bouncing with electronica music, fire dancers, and yoga classes. Mamby on the Beach is a yearly summer festival by React Presents that showcases the most exciting indie and dance artists of the year, and 2017 was a huge success. Headliners MGMT, Misterwives, Walk the Moon, and Flying Lotus were just a few of the top-notch acts that had the beach dancing in unison.

The weather was perfect, and every act seemed to be revelling in it. Chicago hip-hop artists Saba and BJ the Chicago Kid both took the time to jump off the stage and greet their fans at the barrier, while energetic indie rock band Mutemath stood on drums and jumped over keyboards. Local Natives’ lead singer Taylor Rice celebrated his 32nd birthday over the weekend and jumped directly into the crowd, much to the delight of some diehard Local Natives fans.

At the MixMag tent, local and world-renown DJs alike shared the mixing deck. React is famous for bringing the best EDM acts together (they host Spring Awakening and North Coast Music Festival), and for Mamby, Tchami, Green Velvet, and Justin Martin spun some of the best tracks of the weekend.

The standout acts this weekend were fronted by women. Muna, Ravyn Lenae, and Misterwives proved to the crowd that it’s often female bands that kick the most ass. Backstage, Jamila Woods supported her fellow Chicago artists (be sure to catch her set at Pitchfork next week!), and Shaed had a small but mighty performance early Saturday afternoon.

Mamby is perhaps Chicago’s best-kept secret: it’s a small, well-organized festival with a ton of great food, activities, and beach access. Listening to MGMT while swimming in Lake Michigan? I couldn’t have asked for a better weekend.