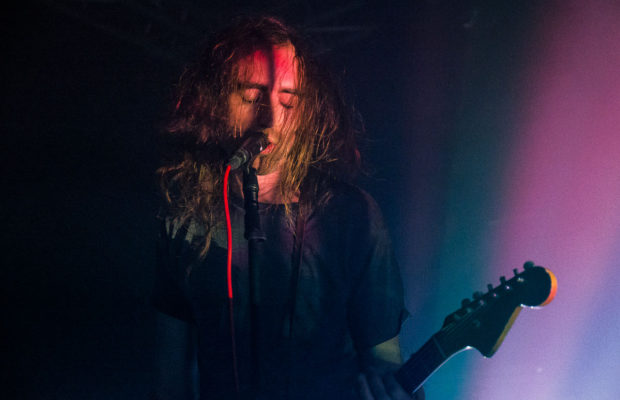 A Place To Bury Strangers

A Place To Bury Strangers made a tour stop in Louisville, Ky on April 25th.  Their live show is is an amazing experience, with most of their stage light coming from strobes lights and projectors, as well as a steady flow of fog.  When he wasn’t singing, Oliver Ackerman was a blur of movement on the stage, pausing halfway through the set to smash his guitar and drag the broken instrument around the stage.  Although modest in size, it was apparent that the crowd that had gathered to see the show were diehard fans.  To end their set, Oliver, drummer Lia Simone and bassist/guitarist Dion Lunadon stepped into the crowd with a portable synth board and played amongst their fans.  It was an amazing end to an amazing show.