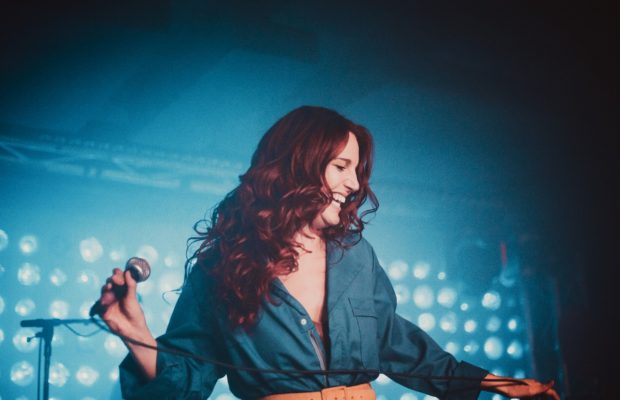 Lizzy Plapinger’s haunting vocals have been entrancing the hearts of music fanatics since MS MR, a duo comprised of Plapinger and Max Hershenow, released their debut EP in 2012. After two successful records, Secondhand Rapture (2013) and How Does it Feel (2015), Plapinger took a hiatus to focus on her solo music. Earlier this year, under the moniker LPX, she released the anthemic singles “Tightrope”, “Tremble”, and (a personal favorite) “Slide”. These songs, and some tunes off her highly anticipated EP “Blot in the Blue”, made an appearance on the setlist at Neon Gold’s holiday Popshop.

Neon Gold, the label Plapinger co-founded nearly 10 years ago, celebrated another great year of music on Tuesday. LPX took the stage in Brooklyn, along with Glass Gang and Beau, on what was, as a native New Englander I am unashamed to say, was a very cold evening. So, yes, it was freezing, and from the moment Plapinger stepped onstage her expression was frozen into a smile. Just like the draft in an improperly insulated New York City apartment, Plapinger’s joy spread through the audience. Nothing quite sums up the energy displayed by LPX as a comment made a few songs into the set: “if you didn’t puke, you didn’t play hard enough.”