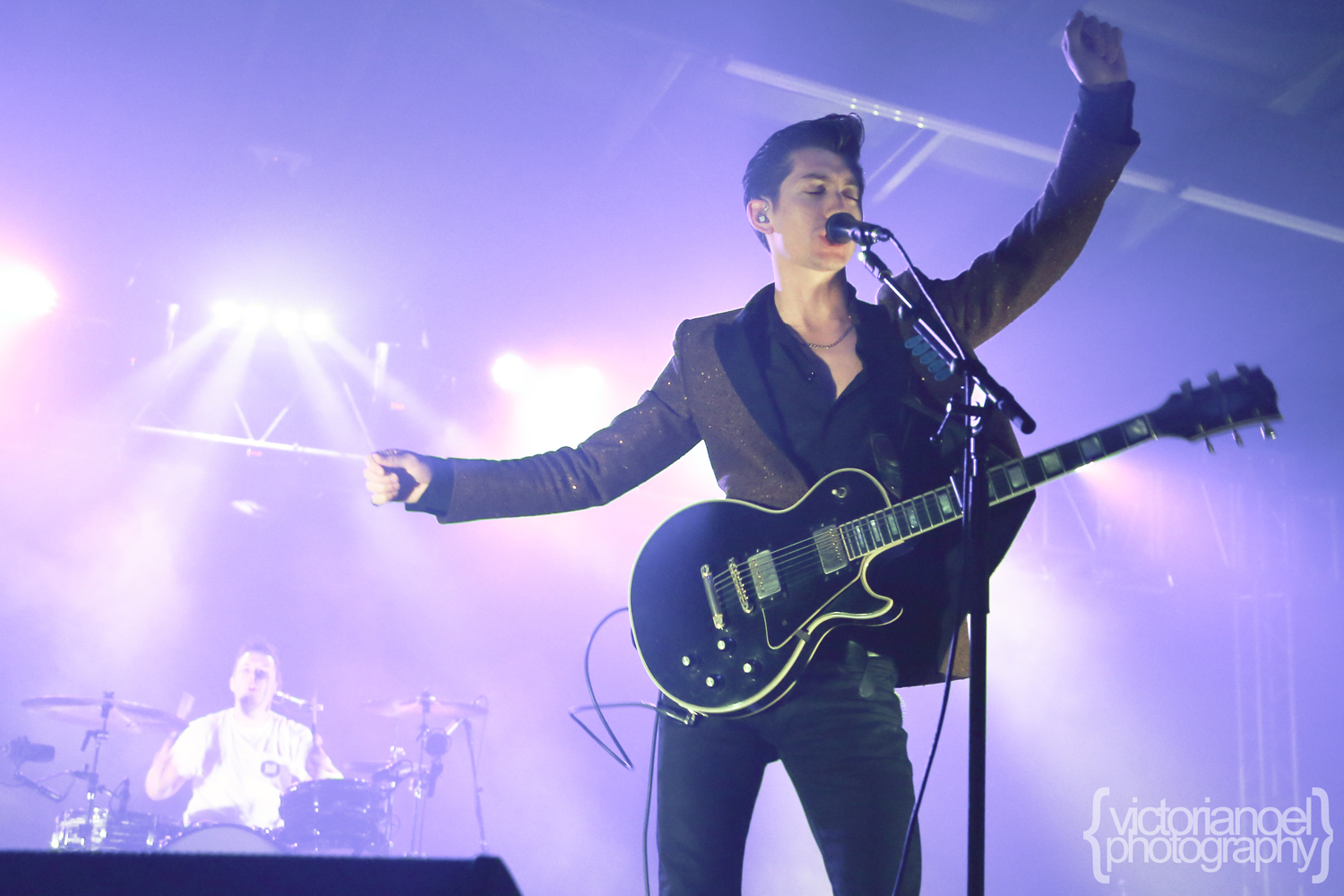 With multiple awards and nominations (including BRIT Awards, Grammy Nominations, NME Awards, and more), I am sure that it could be safe to say that when Arctic Monkeys formed in 2002 Alex Turner (lead vocalist), Jamie Cook (guitarist), Matt Helders (drums), and founding bassist Andy Nicholson had never imagined to become this well known.  Sometime in 2006, Nick O’Malley took on the role of bassist and has been with the band ever since.

Starting off the night, in his shimmering black coat that was surely going to catch the attention of anyone who looked his way, the Arctic Monkeys’ set the mood the entire night. From their stage presence to their performance, the Arctic Monkeys didn’t skip a beat. Starting their set  with Do I Wanna Know, the element for feet tappin’, finger snappin’, great music was given full force. The crowd sang along to every song they had performed, belting it out at the top of their lungs like they were singing in their mirror with a hairbrush microphone.

During their 17 song set, the band played quite of bit of new songs from their newly released album AM, including one of my personal favorites “Snap Out Of It”. While not forgetting where they had come from, they were sure to throw some of the old school Monkeys’ fans favorites into the mix, such as “Old Yellow Bricks”, “I Bet You Look Good on the Dance Floor”, and “Dancing Shoes”.

Overall, the night at Track 29 was a success. Great music from a band that left you wanting more. Even if you had never heard of them coming into the venue that night, you were going to leave there knowing who they were and be sure to go home and download their music. With a small show in Chattanooga, TN, Arctic Monkeys’ delivered all I had expected plus some.

One for the Road
Do Me a Favour
R U Mine?