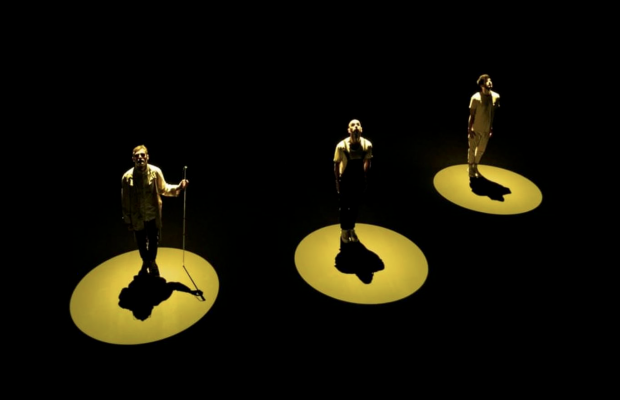 X Ambassadors released their second full length album ORION on June 14, 2019, named after Casey Harris’ (keyboard) son, John James Orion Harris. After years of planning the album and touring and rewriting and changing different things, fans of the band were heavily anticipating this album. The band prefaced the album by stating that “This is a record about loss, recovery, and finding a sense of self again.”

The album opens with “Hey Child”, which was the second single that the band released from this album. Serving as the opener for the album, the track had a lot more impact and really introduced the tone and concept of the album. “Confidence (feat. K.Flay)” is a groovy song that is guaranteed to get stuck in your head. K.Flay has a phenomenal feature that enhances the song rather than distracts from it or overpowers the song. The beat is incredibly catchy, but subtle, and Sam’s quiet falsetto is highlighted in this song, rather than his powerhouse vocals in a lot of XA’s anthems. Next on the album is “Quicksand”, which echoes the lyric “I’ll be fine again,” a motto we can all hold on to even when it feels like we are sinking into quicksand. Lyrically, this song paints the picture of an outside perspective to a family going through different struggles in their lives, which many listeners can relate to. The song transitions into “Boom”, which was the first single released from the album. “Boom” has that classic X Ambassadors sound, an anthem with a catchy beat and repetitive lyrics that you are bound to be caught humming after hearing the song only once. “Boom” features one of the best guitar riffs that the band has highlighted in a single, really taking the song to the next level. “Boom” is all about gaining the courage to walk away from toxicity, using “pain is gasoline.”

“Rule” begins the softer tone of the middle of Orion, featuring Sam’s falsetto once again. “Rule” features an incredible piano riff from Casey and a bass heavy chorus. This song is so complex and it feels like the dynamics leave you wanting more. The lyrics describe a broken relationship and the desperation in trying to save it. The recording at the end of the song almost feels like an homage to VHS, XA’s debut album in which they played VHS recordings as interludes between songs. “Rule” transitions into “History”, an acoustic song that reiterates the end of this relationship, “you and me are history.” Sam’s powerhouse vocals are featured on this song, showing a different side of the same desperation, echoing a cry for help. This is one of the most raw and emotional tracks on “Orion.” Lastly, in what I consider the trinity of the album, is “Recover.” This track is very bluesy and features a gospel choir as backup singers. The hopeful lyrics contrast with the minor key of the song, showing that recovery still comes from pain and darkness. Transitioning back into the XA’s usual anthems, “Recover” has some of the best dynamic changes on the album.

The next track “Wasteland” features my favorite bass line in the album. The simplistic song highlights lyrics about returning home even though it isn’t your favorite place in the world. There’s something comforting about returning to familiarity. The melody itself is a familiar melody that provokes a sense of nostalgia. “Shadows” immediately reminds me of a coming of age anthem that is meant to be blared in a car with your best friends with the windows rolled down. It’s a song that many people can relate to about chasing what they want in life and always desiring the next thing. Vocally, this song features some of the best harmonies on the album that literally made chills run down my spine. It’s a different take on an anthem for the band, instead of a darker and more aggressive musical accompaniment, it is musically lighter and feels like a glimmer of hope. “I Don’t Know How To Pray” is the definition of raw. Sam cries out to God, despite having no idea what he is doing. The second verse of the song is filled with emotion and once again desperation, “Please let my brother live, and let me learn to forgive. And why do bad things happen to good people? That’s all, I guess, amen.” The end of this track is quite literally breathtaking, and transitions perfectly into “Hold You Down”, the third single the band released for this album and the final track on Orion. “Hold You Down” is a song about companionship and being there for one another. It perfectly wraps up the most emotional, raw, and complex collection of songs that the band has released thus far.