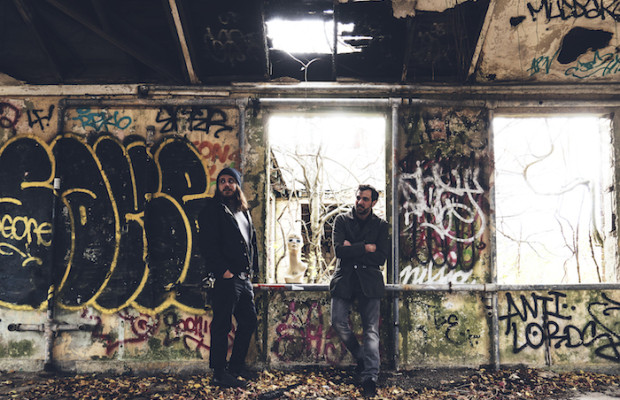 Joe Salgo from Of Clocks and Clouds recently told us what his most memorable show was. Check it out!

We’ve had quite a few memorable shows, but this one seems to stick out the most. It was a few years ago and we were at Arlene’s Grocery in NYC getting ready to go on stage. The band before us (who shall remain unnamed) took way too long to set up and tear down because they had brought their own drum kit and they went way over time. By the time we got on stage it was almost 45 minutes after we were supposed to start. We were still relatively unknown at that point and cutting our teeth in the New York and Brooklyn scene. As we took the stage we were pleasantly surprised to see the room at capacity. Nearly 150 people anxiously awaiting our band? Wow it was finally happening. The strange thing that we noticed was that the crowd was a bit on the older side. Like 60’s and up. The front row of people’s aged hippie hair glistened grey in the lights. Ross and I looked at each other and shrugged. We didn’t over think the fact that we were playing to a packed room. We started our set and the crowd was loving it. Ross and I were half expecting some of the ladies to start throwing their massive bras and support hose on stage the way they were clamoring on. We got about halfway through our set when the sound guy told us we had to stop. It was at that point that we were informed that Justin Hayward from the Moody Blues was playing a secret set right after us and that we had to clear the stage so him and his band could set up. We put up a little bit of a fight, but there was really nothing we could do. We got off the stage and the legend Justin Hayward and his crew took over.

After the dust settled and we talked to the people at the venue (who were very apologetic and accommodating- class acts at Arlene’s from the bouncer to the bartenders), Ross and I looked at each other and realized that we just had just inadvertently opened for a classic rock legend. So Mr. Hayward if you’re reading this we would like to finish our set and open for you again someday.