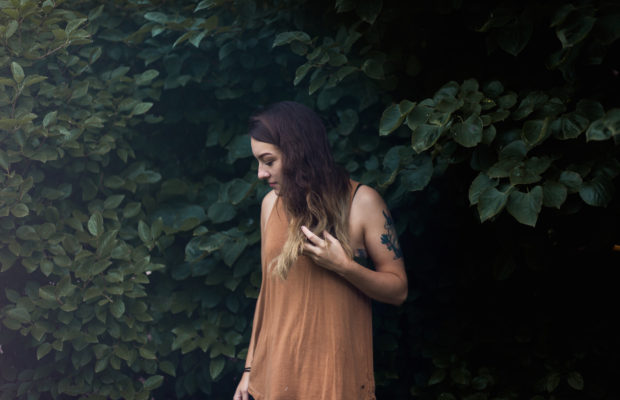 Based in Chicago, Jess Diaz has been leaving her mark in the alternative music scene with action packed photos of bands like Emarosa, The 1975, and Vanna. Getting her start back in 2013, Jess took some time to reflect back with us on the lessons she has learned over the years and why avoiding the norms can be some of the best career moves for current and future music photographers.

I had picked up a camera for the first time when I was around six years old. It was my dad’s small little Nikon point & shoot – I thought I was the best photographer in the world so I’ve been shooting for many years, but dedicated myself to music photography Winter 2013. Throughout middle school and high school, I was ‘the girl with the band t-shirts’ because you could always, always find me at a show. I’d bring a camera to every show (still living that point & shoot life), and I remember being so proud of the photos I took until I saw someone with a camera and a lens ten times bigger than mine standing right in front of the stage. From that moment on, I started doing my research, bought my first Canon DSLR and developed such a strong passion for photographing music. The rest is history.

The first show I ever photographed was early 2014 – it was for my friend’s band at a very small venue that held about 100 people and the place was PACKED. There wasn’t a barricade in front of the stage, so that was quite the challenge, but I was so full of adrenaline the entire time it didn’t even matter. The first show I had a physical photo pass for was at the House of Blues in Chicago, it was an ISSUES headliner and to be honest, I have no idea what to do. My friend Rosario helped me get the pass, as well as guided me through the whole process. She informed me about the three song rule and where to go before and after shooting. She made it super easy and I had the time of my life!

I try really hard to capture the moments that fans will specifically remember if they had attended the show. Emotion is so important when it comes to music, so I make that my first priority to watch for. I make the photo pit my office, but I certainly keep to myself while shooting. My mind is already in a different world -I’m in my zone so I do make sure I stay out of everyone’s way so we can all get the shots we desire. Body movements, facial expressions, fan interactions, even bandmate interactions are what I look for during those first three songs. My editing style has changed so so much in the last two years, but I do like to focus on a more monochromatic feel. Don’t get me wrong, color is absolutely beautiful, I love editing color, but when it comes down to it, I feel as though a black and white photo is able to hold more emotion from the moment it’s captured. I’m always trying new things, which is why my editing style tends to change here and there, but that’s something that continues to keep my inspired.

I started shooting shows with a Canon Rebel T3i and a Tokina 11-16 2.8 lens. I absolutely loved the pair, they helped me capture some of my favorite photos, but I recently upgraded to a Canon 6D with a Sigma 24mm f/1.4 and a Sigma 50mm f/1.4 and I’ll never go back. I am so satisfied with my current arsenal, although I do have goals to extend it in the near future. It took a lot of hard work to get my hands on my gear, but it’s so fulfilling knowing it’s mine.

Dear young photographers, GET YOURSELF OUT OF THAT MINDSET. Photography is art, it’s your own. It’s all about your eye. I used point and shoot for years and I still had a great time with it. If you enjoy your photos then don’t let anyone bring you down. Photography is an incredibly expensive career to have so don’t you ever for one second think that you’re not good enough because you don’t have ‘the camera everyone else has’, because you are good enough, I promise you that.

It’s funny because my absolute favorite photo of mine isn’t a photo of music. It’s actually a photo of Jonathan Toews, captain of the Chicago Blackhawks. I went to the game where they won the Stanley Cup in 2015 and immediately after they won, I raced my butt all the way down to the first level. I was standing above the entrance to their locker room; there were about ten people in front of me and I’m only five foot three so I was on my tippy toes lifting my camera as high as I could to get photos of the team walking to the locker room. Lucky for me, I raised my arm high enough and snapped the shutter at the perfect time, giving me my best photo. It still brings a tear to my eye :,)

You have photographed a number of different artists and genres over the years, is there a specific music scene you particularly like working in and why?

I always have and always will love working in the rock/metal and alternative scenes. The musicians are so incredibly passionate about their work and it shows on stage. The emotion you feel watching the performances are the emotions I try so very hard to capture in my photographs. My two favorite bands to photograph and the moment are Vanna and Emarosa. There is so much chaos going on during their sets that you need to photograph them a good two to three times to capture all of the different things they do. I always have the time of my life shooting bands who take part in those music scenes and I don’t expect that to ever change.

I think it’s very important to try and differentiate yourself from everything that’s being produced around you. Your art is your art, you can do whatever you want with it. I try to switch it up sometimes with my shooting and editing style which is one way to keep myself inspired. I’ll never forget the day a friend of mine told me that she’ll always be able to recognize a photo is mine, even if my name isn’t anywhere to be found. That was the day I knew I was doing something right and I’ll continue to try to be different.

As a photographer who is very active on her social media accounts, what importance do you feel social media websites such as Twitter, Facebook and Instagram hold in your career and the career of photographers around the world?

There are so many purposes to social media and sharing your creative art. Obviously, getting your name out there is a very important factor as to why someone would use all of those outlets, but it’s also a way to get connected with other photographers, musicians, and artists all over the world. I’ve met many of my photo friends through Instagram and Twitter who have opened my eyes as well as inspired me to try new things with my own work and I can only hope that I’ve helped inspired them. Social media, especially in this generation, so on and so forth, is essential to a business. Share your work, make connections, have fun with it!

Bring that cam EVERYWHERE. Be that annoying friend who takes photos of everyone and everything. Find your style, ask for advice – we don’t bite! Make a list of goals of what and/or who you’d like to photograph. Set goals, work hard, achieve them. There are going to be times where you feel like giving up, where you feel so uninspired you really won’t know where to turn, but DON’T GIVE UP. Remember how good it feels to have your camera in your hand, don’t ever forget how incredible it feels to be doing what you love. Success isn’t just going to be handed to you over night, you’re going to have to work your ass off to get where you want to be, but you’ll get there and you’ll be so proud of yourself. YOU GOT THIS.

Portrait of Jess by Melanie Principe