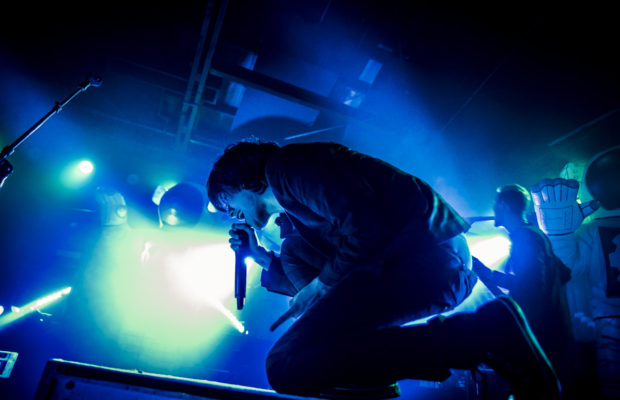 Light Up The Sky

Too Close To Touch

Due to technical difficulties this following concert review has been brought to you a little later than usual… and what a shame that is! Talk about a jam packed show! The Retrograde Tour came through Pomona, CA via The Glasshouse. Buses lined the street for the first sold out show on the tour carrying with them Light Up The Sky, Too Close To Touch, New Years Day, Blessthefall and Crown The Empire. Count them. That’s right, five bands in one night.

Spokane, WA is home for the night’s openers Light Up The Sky. Having just released their video for “Stop Me”, the metalcore band kicked off the night followed up closely with Too Close To Touch. The Kentucky boys are out supporting their new album “Haven’t Been Myself.” Hometown rockers, New Years Day led by vocalist Ashley Costello had a ton of support as they took over the stage. You could feel the crowd’s energy ramp up through the band’s set. Oh, but far from being done we give you charismatic Beau Bokan and Blessthefall. Talk about energy! Supporting their new album “To Those Left Behind”, the Arizona based quintet brought it up a notch. Maybe the addition of Beau’s parents to the crowd amped them up; but having seen them before, I know this screamo band just brings it every show. Oh wait. We’re not done yet. Welcome Crown The Empire everyone! Texans like to do things big. Well these boys stayed true to their state. The “Retrograde” album is out now and this tour goes until the beginning of December. If they haven’t hit your neck of the woods yet, be sure to catch this talent packed show for a well needed rock out night. Couldn’t we all use some little scream time to let it all out about now? I’d say!