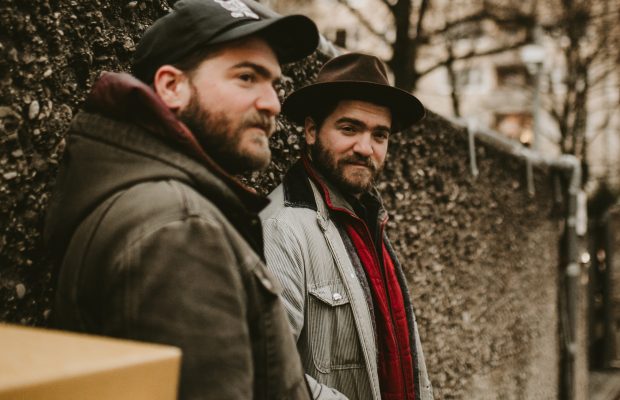 The Brother Brothers are an identical twin indie folk duo who released their debut album Some People I Know on Compass Records last fall. Since, the band’s garnered widespread acclaim for their stunning sibling harmony and beautifully simplistic Simon and Garfunkel-like songwriting. They’ve nabbed major press nods from Rolling Stone Country, NPR, Billboard, Relix and No Depression among others, and have racked up over 700,000 monthly listeners on Spotify with recurring playlist placements including the #1 slot on Fresh Folk. They’ve toured with the likes of I’m With Her, Lake Street Dive, Dead Horses, and Mipso, and performed atNPR Mountain Stage alongside Gregory Alan Isakov and Mandolin Orange.

The Brother Brothers are Adam and David Moss, identical twins carrying on the folk tradition for a new generation. Using minimal instrumentation, heartfelt lyricism, and harmonies so natural they seem to blend into one beautiful voice, the siblings draw on the energy and creativity of Brooklyn, New York for their full-length debut album, Some People I Know.  The Brother Brothers’ acoustic project emerges from several years spent traveling the country, both separately and together, playing in varying ensembles and sometimes settling in separate cities. Though each writes his fair share of the discography independently, the brothers’ palpable fraternal bond produces a togetherness in these songs that few bands can offer.  The title, Some People I Know, refers to the resonating personal nature of these songs. As David explains, “I think every song on the album is about a person or a character, and in a way, is a reflection of ourselves.” Track after track, this sentiment rings true; “Mary Anne” is an encouraging ode to a friend with depression. “Banjo Song” conveys a conversation with someone who gives up playing an instrument after a hurtful breakup. “The Gambler” honors an old man who makes his living at Atlantic City casinos.  The duo masterfully captures familiarity in human experiences, their nomadic background making that no surprise. “Adam and I are definitely the kind of people that have trouble staying in,” says David. “We love surrounding ourselves with people that make us feel good, and grow. That’s part of the beauty of living in New York and living in Austin and Boston and traveling the country – wherever you go, you’ve got friends and people that really shine and help you shine a little brighter.”

The Brother Brothers recorded Some People I Know at Mark Ettinger’s Lethe Lounge in New York City with producer Robin Macmillan and engineer Jefferson Hamer. While the songs capably capture a modern snapshot of their surroundings, the album itself retains a timeless feel – something the brothers intentionally accomplished.  “I just want people to listen to it once and want to listen to it again,” David says of the album. “And every time they listen to it, I want them to find something new and in some way relate it to themselves. Whether they’re listening to it today or in 40 years, I hope it will make them feel just the same.”  You can follow The Brother Brothers and stay up-to-date on all upcoming music, artist and tour news via the following links.  Check out their upcoming tour dates below.  Photo credit: Magdalena Mitter.