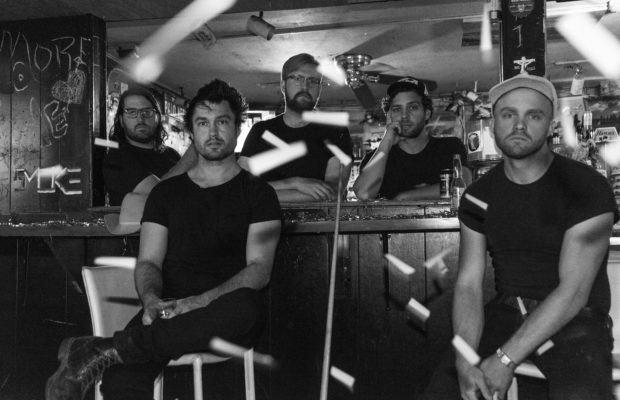 Phoenix-based Western Indie Rock band Jared & The Mill will release their new album This Story Is No Longer Available on February the 15th.  The band is comprised of Jared Kolesar, Michael Carter, Larry Gast III, Chuck Morriss III and Josh Morin.  They recently released the single “Broken Bird” which highlights the anxieties we all face throughout life.  For the song, Kolesar drew from his own personal experiences, saying “People tell me that they admire how I seem to be so sure of myself and steady in my course I am, but the reality is that I’m barely hanging on and am terrified of the life I’ve started to form for myself.  I constantly wonder what my purpose is, what the hell I’m doing with my time and if it makes any difference.  I also wonder if my fears and anxieties are as obvious to everybody else as they are to me.  I do my best to reject the image others have of me from time to time.  It honestly helps during our shows if I’m feeling down, kinda like putting on a mask“.  The band previously released three other singles from the album, “Soul In Mind“, “Break In The Ether” and “Feels Like“.  You can hear “Broken Bird” below.

Later this month, the band will be headed out on a national tour in support of the album and will be partnering with the charity Can’d Aid.  For every dollar sold from ticket sales, a dollar will be donated to Can’d Aid in support of their mission to spread “do-goodery”.  The band will also be doing workshops with schools in 10 different cities (dates and cities have yet to be announced) where they will donate instruments to selected schools.  You can follow Jared & The Mill and stay up-to-date with all music, album news and tour news via the following links.  Check out their upcoming tour dates below and find ticket links HERE.