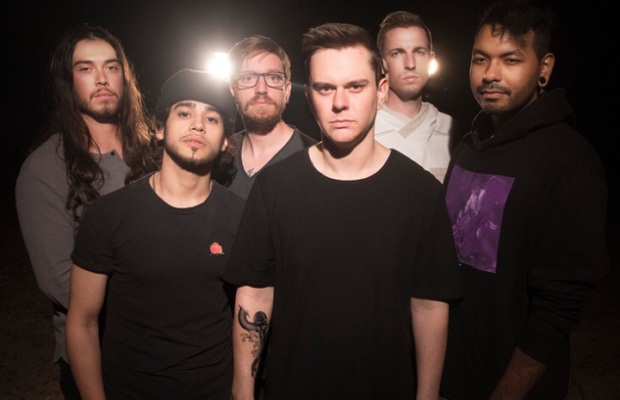 Today marks the release of Mesa, AZ band This Modern’s new single “Get To Me” feat. Garret Rapp (of The Color Morale).  The song features industry veteran Garret Rapp and highlights his powerful signature vocals.  “After writing the song we realized that Garret was the perfect fit for the song in every way.  One text later, we sent it over and he got right back to us with a part that he wrote and performed brilliantly.  Safe to say, we were ecstatic” say Willsey.  The band formed in 2018 and had their first live performance on the main stage at the Mesa Music Festival that year shortly after the release of their first single and video for “Runaway”.  The band blends the sounds of melodic rock with modern hip-hop and rap and aim to forge their own unique path in the industry.  Comprised of Marcus Reardon (vocals), Harry Mars (bass), Ricky Espinoza (guitar), Tre Scott (guitar), Sean Whitman (drums) and Timo Willsey (programing/vocals), the band has been quickly gaining momentum and attracting attention with their high energy music that challenges the traditional boundaries of genre. Judging by the two singles they have released so far, these guys are definitely a band to watch in 2019!  You can follow the band and stay up-to-date with all upcoming music and tour dates via the following links.  Check out the new single below, as well as the video for their first single “Runaway”.