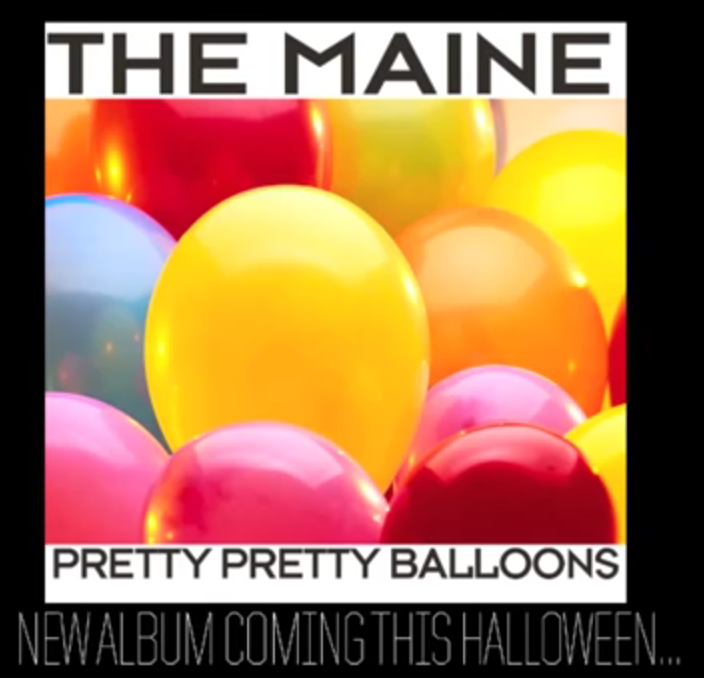 The Maine have been releasing some pretty odd stuff in anticipation of their new album that has been finished. After sending out unmarked blank discs to a group of fans with a distorted song clip on it, then adding some more distorted sound clips on their website that repeat the phrase “Forever Halloween”, they have now released song clip called “Pretty Pretty Balloons” that can be heard here – with the reported release date of their new album now appearing to be Halloween. You can hear another song clip for a track titled “Help Wanted” here. Either the Arizona guys have really taken their music in a different direction, or they have something up their sleeves.

No official news on what all of this means, but we will keep you updated as more information surfaces.