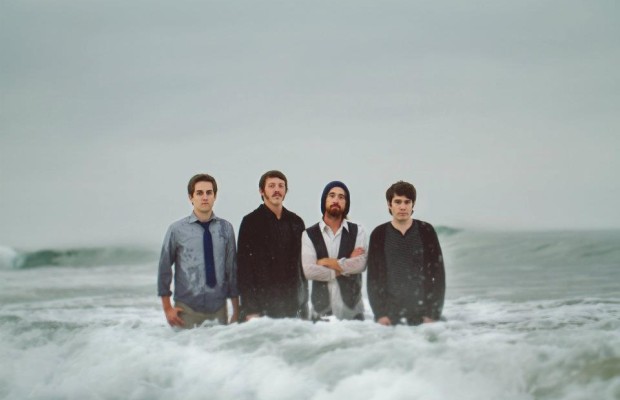 What first sparked your interest in music as a kid?
Well when I (Zach) started getting into playing music, I was about 13. Around that time, I was introduced to bands like Blink 182, Bad Religion, Weezer, etc. & one of my buddies wanted to start a band. He already played guitar, so I decided to learn how to play bass. I have to say watching some Blink DVDs were super inspiring at that time & definitely played a huge part in ‘sparking my interest’. As I grew a bit older (15-17), I started broadening my musical horizons w/ some somewhat-heavier music via bands like Deftones, Thrice, ISIS, etc. The rest of the guys & myself have kind of shared the same musical growth as well & have found influence in many of the same bands, which is something I think is awesome.

Would you ever expect to be doing what you are now, playing music and touring?
I would say to an extent I’ve expected myself to be constantly playing music & touring over the last 5 years, but I definitely didn’t expect that our band would be where we’re at now a year back. It’s incredible to watch the progression of something you believe in so much, although there is much hard work still to be done.

Is there a message that Culprit is trying to send through music?
I don’t know if there’s any solid, direct message that we’re trying to burn into people’s brains; If there’s any message it would be: Be content with yourself and find a way to enjoy what you’re doing in life. Don’t get too hung up on what other people are doing or saying, because at the end of the day you must live with yourself. A few of our songs are directed at this idea of self-improvement.

You released a new album Analogue in April. Are you happy with the feedback that you’ve gotten from it so far?
Very. It seems we have been getting great reception from the EP & we couldn’t be more stoked.

What is your favourite song off culprit, and what is it about?
I think my favorite song off of Analogue is “Siren.” The song is mainly about temptation & it refers a bit to The Odyssey & the alluring song of the sirens. It’s more or less our anthem for our fallen brothers who fell prey to the siren song.

Did you encounter any new challenges while writing and recording this album as opposed to 2008’s ‘The Show’?
Well the only challenge I would really say we had was funding. We started recording a couple songs with Erik Ron (Versa Emerge, Panic at the Disco!, etc) in January of 2010 & finished with a few more songs by October due to a break between sessions. Aside from that, working with Erik was an amazing experience & everything went incredibly well.

As a band, what is the most difficult thing that you’ve had to face, and how did you overcome it?
We’ve come across some difficulty on the road for sure, and we haven’t even done much extensive touring yet! Some bad luck seemed to follow us on the last couple trips (van trouble, tickets, etc.), some stuff of which we’re still dealing with. As far as internal band stuff, we’ve always been able to face everything head on & whatever difficulties we’ve experienced, we’ve overcome rather quickly.

How would you describe Culprit’s live show?
I would say our live show is very feeling-based & humble; I definitely think we find a way to make an energy-filled set intimate as well.

Have you ever pulled any crazy antics while playing? What happened?
Hmm… well we’re not doing backflips off our amps like Story of the Year (although that was pretty awesome), but I will say that I got hit in the temple with the guitar headstock about a couple weeks ago, haha.

Where do you expect to be a year forward?
I think at this point, it’s feasible for us to expect that in a year from now, we’ll either be doing a great deal of touring or we’ll be getting ready to begin recording our first full-length.

Is there anything else you’d like to add?
Make sure to become friends with us on Facebook! facebook.com/culprit