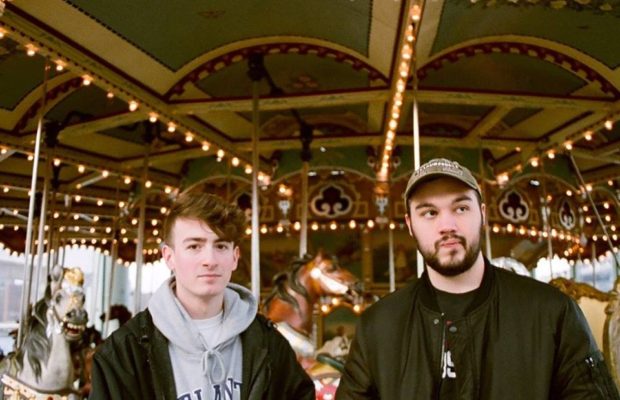 Figure Eight is an up-and-coming emo, punk band from Long Island, New York, who have been around since the release of their debut EP, August, in 2015. More recently, the band just released their second EP, Forever, on February 10th. We were able to have a chat with them to learn more about their new music, their Long Island roots, upcoming tour plans, and more.

Their new EP, Forever, consists of four hard-hitting new tracks that were all recorded over the course of a few months in their basement. The writing and recording process of Forever created a raw, gritty punk rock sound that is noticeable throughout each of the tracks.

“The writing process took about eight months or so of writing songs on an acoustic guitar and the four songs that were recorded were the only ones written for the EP.”

Having been out for less than a month, Forever and Figure Eight have been receiving praise in the scene for their authentic and original sound. Rather than taking a break after their recent release, Figure Eight’s already hard at work writing and recording material for their debut full-length album that is set to be released next year.

“We are going to be demoing and writing the rest of the year and will hopefully be able to enter the studio at the end of 2017.”

Like so many musicians out there, the members of Figure Eight were greatly influenced by their local music scene growing up. Bands such as Taking Back Sunday, Brand New, and Blue Öyster Cult have all gotten their start in Long Island and Figure Eight told us how growing up in the diverse Long Island music scene has affected their career as musicians.

“There’s always been a great local scene on Long Island where you could go see local bands that people actually gave a fuck about. You don’t have to be signed to a major label or something to have people care about your band.”

Today, many bands are reliant on social media to boost their fan base and get their name out there. Figure Eight is very active on social media, using Facebook and Instagram to connect with their fans all around the world. All of their music is also available to stream on SoundCloud. As an up-and-coming act, Figure Eight see the potential of using social media platforms to make them stand out in the industry.

“It’s a huge role to all of music right now because kids can find new bands so easily by going on Spotify or YouTube. It also is just a big help to smaller bands like us because we can potentially reach people across the country through sites who would of never heard of us otherwise.”

So, for fans out there looking for a fresh new band on the scene with quality music, pop on over to their Facebook page or SoundCloud account and give their music a listen.

Also if you’re hoping to catch Figure Eight live sometime, they’ve told us that they are planning some weekend tours and one off shows in the spring and are hoping for a longer east coast tour this summer!