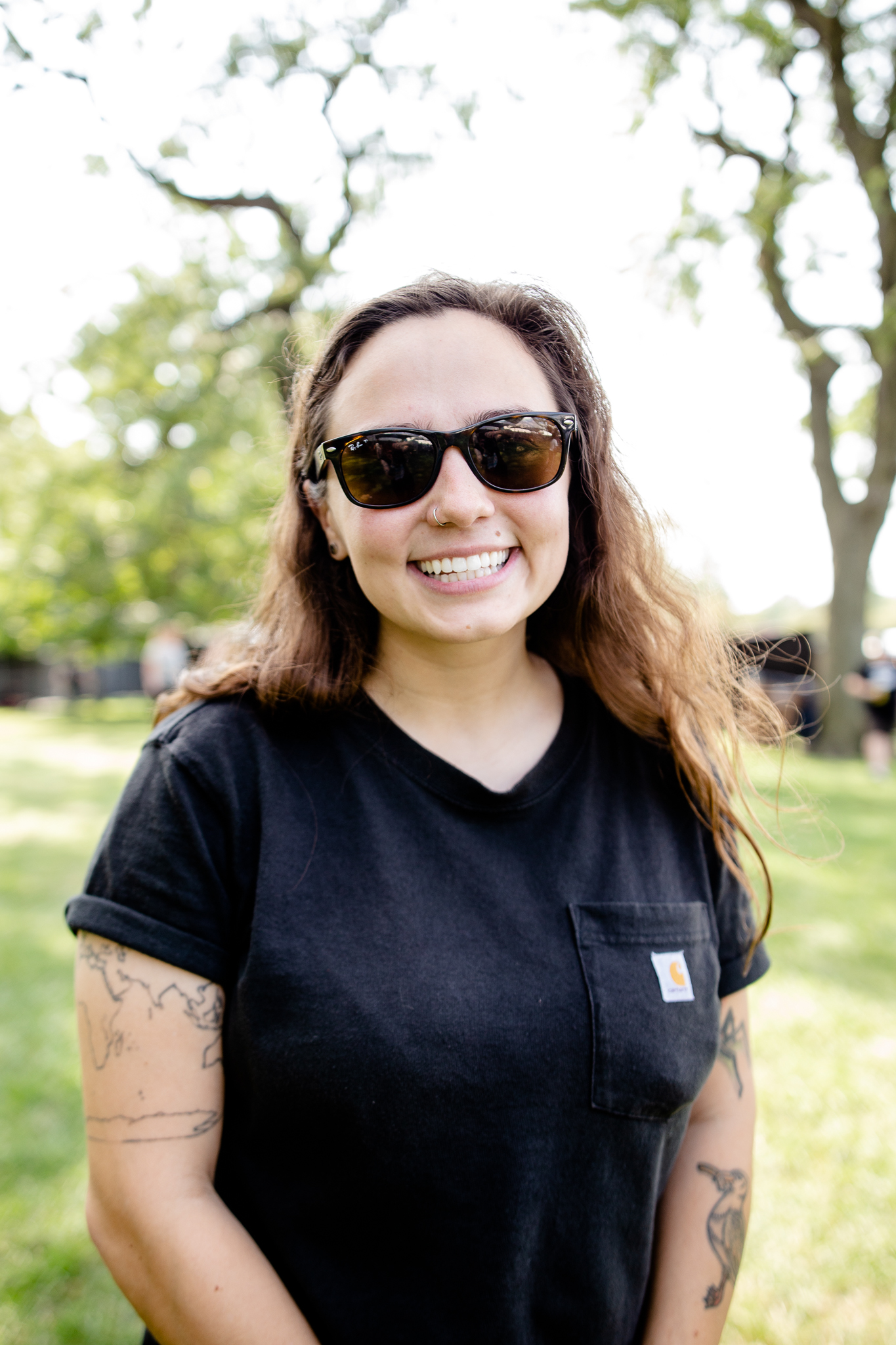 Chicago born and raised Deanna Belos, better known as her industry moniker Sincere Engineer, has spent the last five years putting herself on the map of the American punk scene. From local shows to small stages performances at festivals all the way to present day preparing for an international supporting tour with well established punk rock band The Menzingers, Belos has yet to phone it in. Her trajectory has only been upward which landed her another year performing at Riot Fest, this time drawing a larger crowd than she’d expected on a stage larger than she played last time. After her bright and early performance on day one of the three day festival, I sat down for a quick chat with Deanna where she answered some of my burning questions.

Micki Harris: So, this is your second time playing Riot Fest and the first time was pre-pandemic in 2019. Can you talk about what is different for you at this point compared to then?

Deanna Belos: I think I’ve just gotten more confident, and we all have as a band. The fact that people came out on a Friday at noon [to see us play] is like, crazy. We’re on a bigger stage this year. It’s super cool!

MH: That’s awesome. I feel like a lot of the time when bands are earlier in their career, there’s a sense of trying to get your footing about what it is you want to say with your music and make songs about. Do you feel like the music you’re making now has shifted thematically from when you first set out to make music for other people to hear?

DB: Yes, definitely. And I think it still changes a lot, especially now that I tour more, a lot of my songs are starting to be about that because that’s my new life. It’s showing through just since that’s what I’ve been experiencing.

MH: What is your favorite or the most monumental tour you’ve been on so far?

DB: The Menzingers one we just went on in April, and we’re going to Europe with them [for another tour] next month. I’m really stoked for that.

MH: Can you tell me about your writing process in the context of Sincere Engineer technically being a moniker for you, but also having a group of dudes that record and tour with you?

DB: Yeah, totally – Lyrics and arrangement stuff is all me. I’ll usually work [one-on-one] with a producer and then after doing that, my band will come in, learn the songs, and then add to them as well.

MH: Lastly, can you share with me what have you been listening to lately?

DB: As of this week, I’ve been going through a bunch of 2000s hip hop: Eve, Jay-Z, you know… Also, Hovvdy, Alex G, Vince Staples, Weatherbox.

Sincere Engineer is about to head out to Europe to support The Menzingers’ On the Impossible Past anniversary tour alongside Joyce Manor. Tour dates and tickets can be found here!