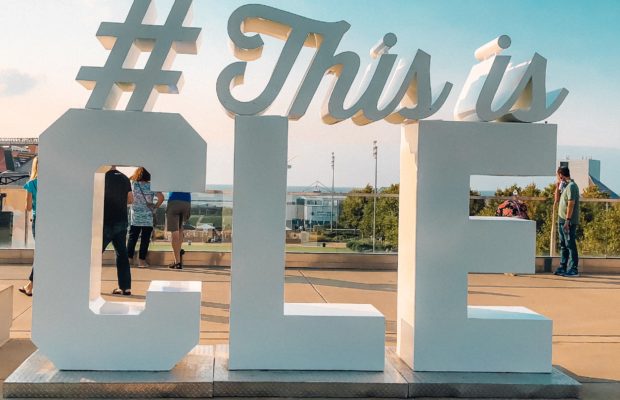 InCuya Music Festival put on by AEG Presents, the Cleveland Concert Company and Destination Cleveland in partnership with the Rock Hall had a very successful first year this past weekend in downtown Cleveland on Malls B and C.

On Sunday 12 bands played throughout the day with SZA and The Avett Brothers closing out the night.

The location of the music festival was in downtown Cleveland and I am surprised it took that long to bring a festival like this to the city. Concert goers also had the opportunity to visit the Rock & Roll Hall Of Fame and admission was included in the festival ticket.

The location was beautiful, with Lake Erie on one side and the Cleveland city scape on the other.

On Saturday Arkells opened the festival on the main “K&D City Stage” and they were one of the best bands to play the festival in my opinion. Even though they went on early, the crowd loved them and they put on an amazing show.

They were followed by THEY. and J. Roddy Walston & The Business.

K.Flay and the Revivalists were up next and the crowd loved them, singing along to their songs and cheering.

Closing out the night were Awolnation and New Order, who made the crowd jump up and down to the point where the ground was shaking. New Order performing for the first time in decades didn’t disappoint.

On the smaller Lake Stage the following bands were playing throughout the day.

Sunday started out with The Blue Stones and Booker T. Jones on the K&D City stage, followed by Daniel Caesar and Cake.

SZA and The Avett Brothers seemed like a weird pairing to close out the festival but both acts had loyal fans clapping and singing along to every song.

On the Lake Stage the crowd got to enjoy:

Tank and The Bangas

The inaugural InCuya Music Festival was a huge success for the city of Cleveland and I can’t wait to see what next year brings.