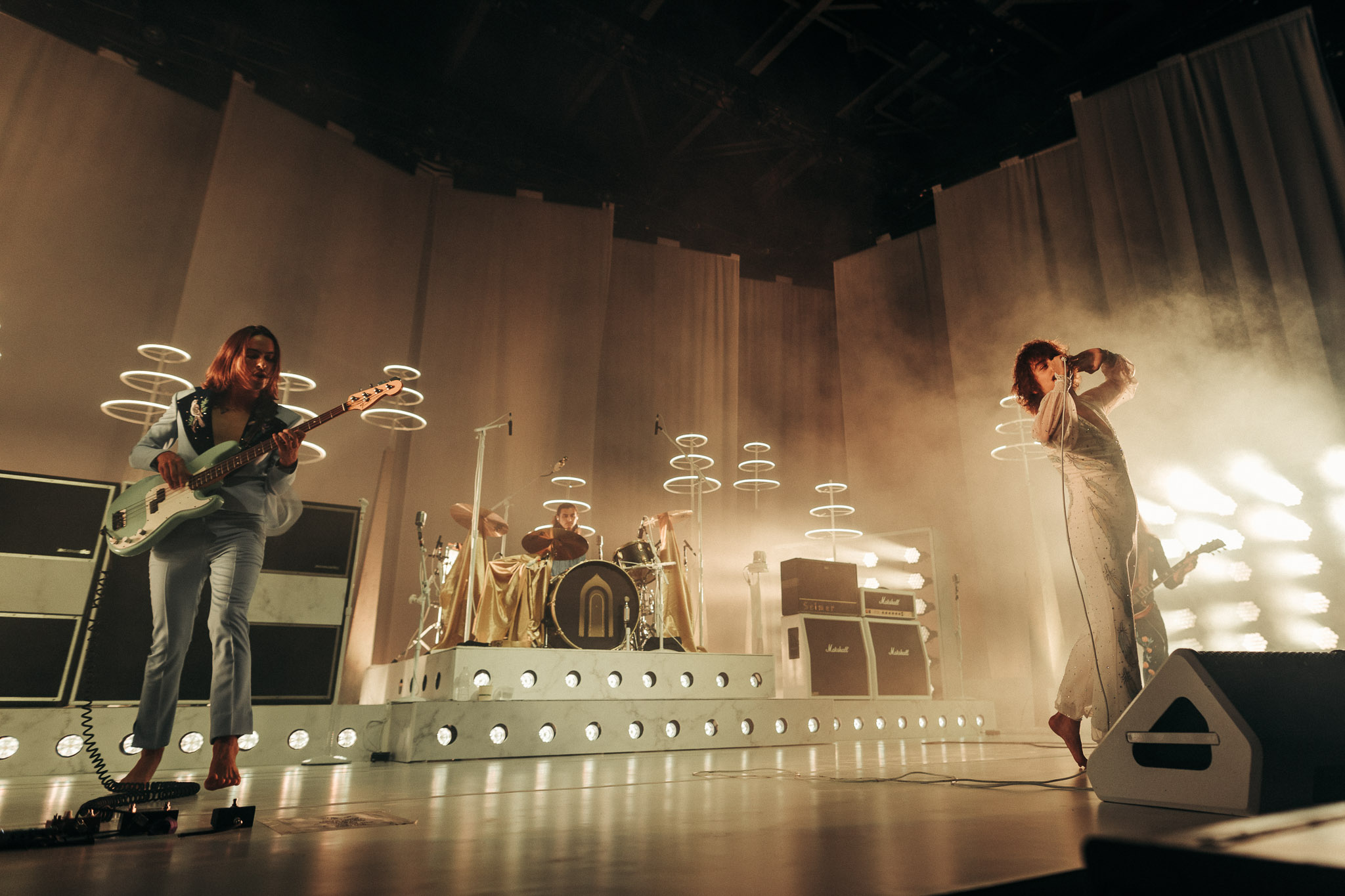 FirstBank amphitheater opened the gates to people who had been waiting in line as early as 9am to guarantee a spot at barricade in the pit. Many fans had mentioned this was their first show back since before the pandemic. They were excited to meet new friends and share this experience with one another.

Cedric Burnside helped everyone get in the groove for the night. The electric blues guitarist from Memphis, TN played for a good 30 minutes, and I would have loved to hear him play longer.

Next up was folk duo Shovels & Rope. The duo are husband and wife which was a unique dynamic to watch live. You could tell this is their passion. Michael Trent played the guitar while Cary Ann Hearst played the drums. Towards the end of their set, they switched instruments to change things up a bit, showing off some more of their talent to an entertained crowd.

As 9pm rolled around and people were anxious for Greta Van Fleet to perform, the lights went out and the cheering started. They opened up with “Heat Above,” a single off of their latest album The Battle at Garden’s Gate. Singer Josh Kiszka came running onto the stage full of energy, ensuring the crowd rose to the same level.

About halfway through their setlist they played “The Weight of Dreams,” a song that lasts almost nine minutes long. It is one of my personal favorites and to hear it live was so beautiful. The fans were cheering as guitarist Jake Kiszka moved around the stage playing his guitar solo.

They closed out their set with “When the Curtain Falls,” and the lights went out. The crowd was screaming “Greta” for an encore. Sure enough, they came back on stage and played for another thirty minutes. Josh stated that the next song “Highway Tune,” was his favorite song in their discography. From the sounds of it, the crowd also agreed. For many concert-goers, this was a perfect first show back.

I highly recommend going to one of the upcoming tour dates if you are able. This is a show you don’t want to miss.  You can find remaining tour dates for the Strange Horizons tour here.