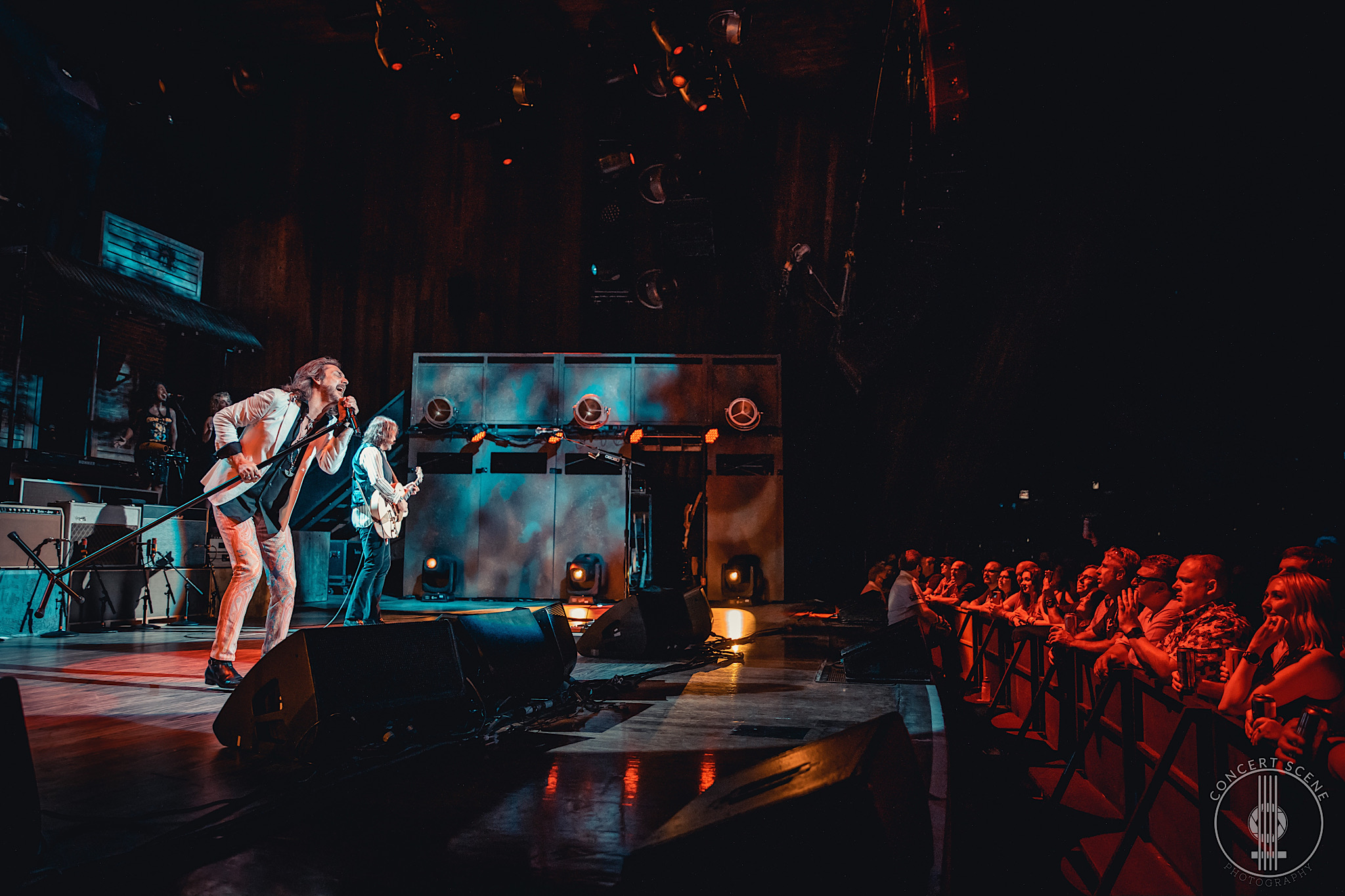 Wednesday night, Blossom Music Center finally opened its doors again to concert-goers from all over Ohio and neighboring states for a rocking evening with the Black Crowes and Dirty Honey.

Dirty Honey, who formed in 2017 in Los Angeles and consists of singer Marc Labelle, guitarist John Notto, bassist Justin Smolian, and drummer Corey Coverstone came on stage at 7:30 and after the first cords, the crowd was up on their feet enjoying their set.

They played 12 songs, including an Aerosmith cover, which the crowd went wild over. The audience also got a glimpse into their newly released debut album “Dirty Honey” and I really enjoyed every single song I’ve heard that night. I was hoping to hear one of their first singles “Fire Away”, but I will just catch them play it when they come back to Ohio for some solo shows.

At 9pm the lights went off for the headliner of the night, the Black Crowes. The 30th anniversary of “Shake Your Money Maker” turned into a 31st anniversary tour due to Covid, but better late than never! The band played the album in its entirety and fans were thrilled to be able to hear the entire album front to back. Their stage was set up to look like an old Saloon along with a bar and old-style jukebox on stage.

After playing all the hits fans were hoping to hear the band left the stage after playing for almost 2 hours, but came back for a quick rendition of the Rolling Stones hit  “It’s Only Rock ‘n’ Roll (but I Like It)”.

Encore:
It’s Only Rock ‘n’ Roll (but I Like It) (The Rolling Stones cover)

if you missed this show, you still have the opportunity to catch them in August and September all over the US. Tickets and tour dates can be found here.