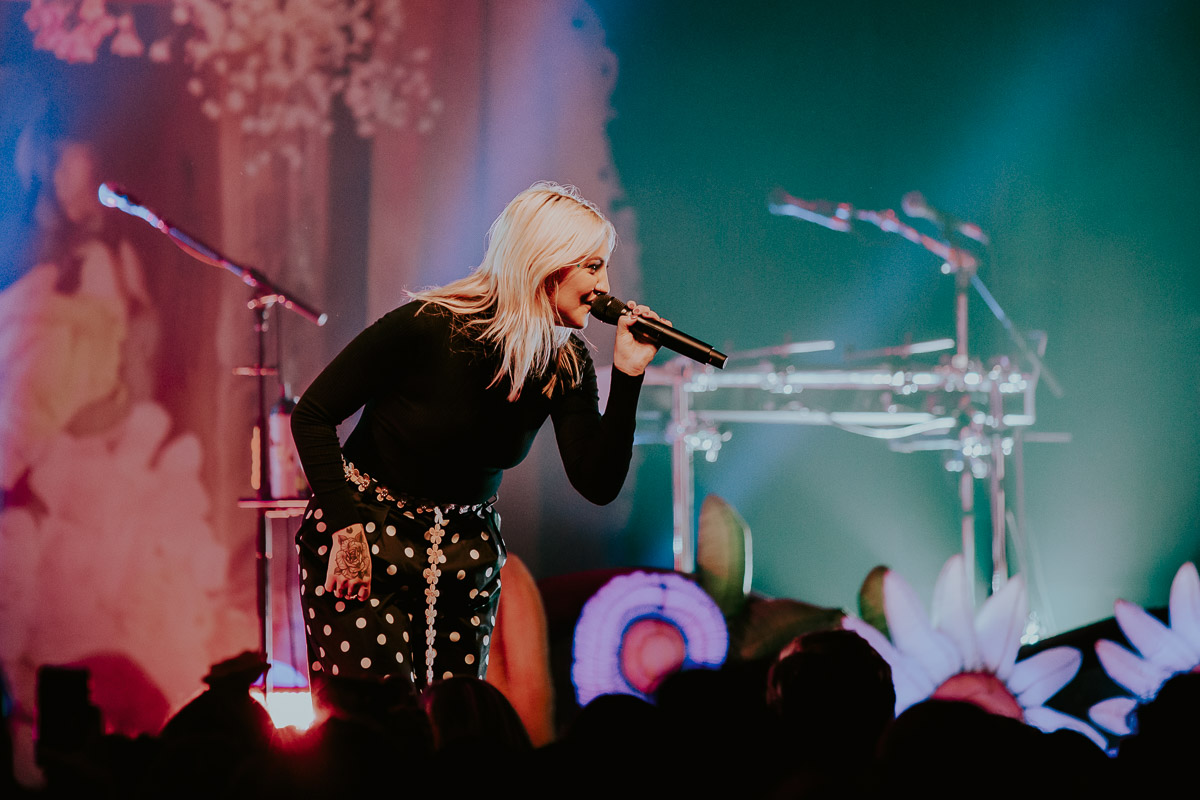 Julia Michaels and Rhys Lewis capped off an incredible tour with a very much sold-out show at Vancouver’s Vogue Theatre.

Lewis kicked the evening off, stunning everyone in the room with his incredible vocals and lyricism. Although the set was only about 20 minutes long, he managed to get the entire room feeling the full extent of their emotional range as he went through his setlist. It’s easy to tell that he isn’t a novice at performing as he easily built a report with the audience, accepting roses from the front row and joking around.

In the tradition of last-day-of-tour pranks, throughout the last part of his set, there was a mysterious, disembodied voice trolling Lewis and talking back to him. It wasn’t until the last song when it was revealed to be Julia Michaels as she and her band joined him on stage wearing hand made “We ❤︎ Rhys” t-shirts much to the delight of Rhys and everyone in the audience. After his set, it’s safe to say that Vancouver cannot wait to have him back!

After a brief intermission, Julia Michaels graced the stage again, greeted by the roaring of the fans that had filled out the room for her. She was beaming and bouncing around the stage as soon as she had a moment to take it all in, and jumped right into the music, starting off with ‘Pink’ and ‘I Miss You’. It was almost hard to hear her voice over the crowd, who were singing the lyrics right back at her with all the passion they could muster. This didn’t seem to let up once throughout the show as she performed songs from all throughout her catalogue, as well as a short cover of CeeLo Green’s ‘Fuck You’, and as an incredible surprise towards the end of the show, she bought out JP Saxe to perform their recent single, ‘If The World Was Ending’, together.

The stage design was a perfect reflection of Julia’s energy and the brightness she brings into her shows, with multicoloured flowers forming the backdrop for her and her band to dance in unison in front of. The way her whole band interacts with each other as well, is just so much fun to watch, and it’s not certain whether it was the joy of the last show, but they all were so joyful and upbeat.

This was truly one of the shows of the year, and it’s fairly certain that anyone who has been able to catch any of the tour stops will agree!