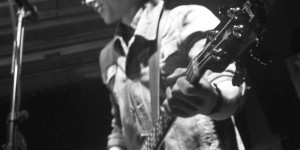 It another hot spring day in Houston, Texas as I arrive to the Warehouse Live for the Glamour Kills Tour, I’m already excited about the event, because if the location. The Warehouse Live is the neatest and friendliest venue in Houston. I arrive late and to the show just catching the end of You, Me, and Everyone We Knows set, I was caught so off guard by this. I had no idea they were playing. YMAEWK have been so poorly promoted in this tour that it saddens me, not even the venue knew they were playing. For the little I saw I can tell you that they’re an act worth showing up. You, Me, and Everyone We Know are fantastic performers. We are the in Crowd were up next. Minus a few errors from the venues sound system the band did amazing. Taylor Jardin brought her A game and so did the boys. I wish however the crowd felt the same way. During You, Me and Everyone We Know and We are the in Crowd, not many people seemed interested, which made if kind of hard to have fun. While I was trying to sing and dance and have a good time during We are the in Crowds set I kept bumping into little kids and their parents who kind of just stared at me with their arms crossed. Very uncool, a little advice for people do not act rude at show, because a band you’re not into is playing.
By The Downtown Fiction most people start getting into it was less dead. It had been awhile since I had first seen The Downtown Fiction, and some how I felt like a proud parents watching them with fans chanting and everything. The first time I saw them at it was at small venue with hardly one hundred people there, so it was nice to see how they’ve improved and grown. The band plays with so much energy and excitement that you can’t help, but feel it and sing along and have fun.
After The Downtown Fictions set was Allstar Weekend. What can I say about Allstar Weekend? Allstar Weekend is a fun band, yes their current Disney fans base does annoy me, but I think deserve the fame. These boys come out strong and more pro than any of the other bands on this tour. I have is that I enjoy Zachary Porters dances moves. The band did a cover for Bowling for Soup’s “1985” which of course won everyone over considering that BFS is one of the Texas’ biggest and proudest bands. Right after their set the merch tables exploded and every kid and their rude parent left. The band went outside to perform a quick acoustic set which, I was amazing. After getting back into the venue I was ready to dance like crazy to the Ready set, which was totally amazing. I like the bands no talk just play set style. While I do enjoy some bands on stage banter sometime I think it takes up too much music playing time, but then sometimes when bands play straight music it gets so boring. The Ready Set’s music is so fun that you can’t get bored. You have to dance and you have to have fun. It’s like some unwritten rule. The right was wonderful, besides a several rude parents and children waiting for Allstar Weekend, I can’t complain. All bands played well and it was very fun.