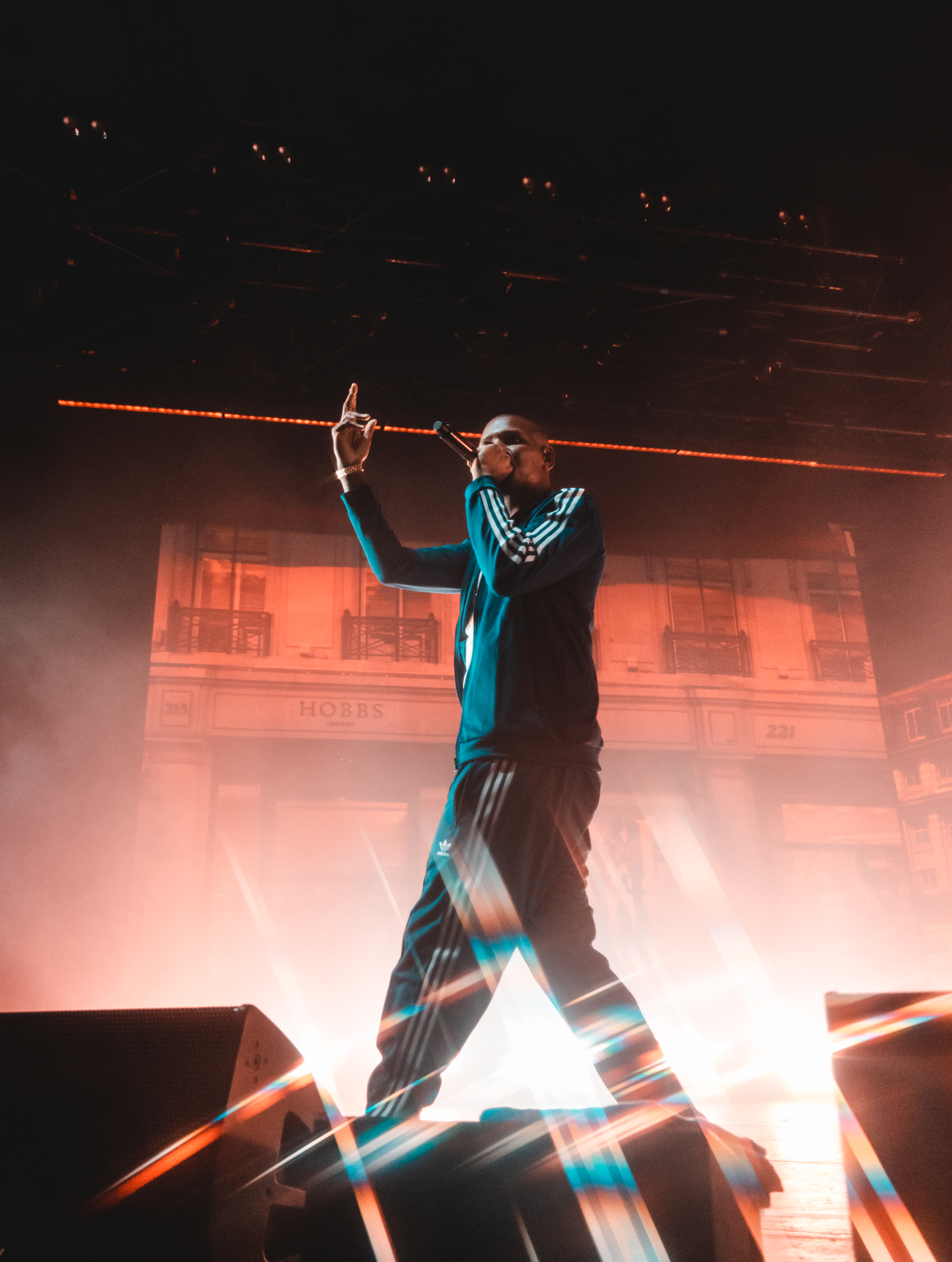 On Tuesday night Manchester welcomed legendary UK rapper Giggs to a sold out show at the O2 Victoria Warehouse. As the man himself once said “If you’re talking the hardest Giggs better pop up in your thoughts as an artist” there’s no arguing that he is without doubt one of the most influential rappers/musicians that the UK has ever produced and after releasing his newest album “Big Bad” this year he once again proved he is worthy to fit that title. Support came from a star studded lineup including Tiny Boost, Ambush, Ms Banks, Sneakbo and DJ Charlie Sloth who all set the bar at a high high level before Giggs took to the stage.

After being introduced by DJ Charlie Sloth Giggs stormed to the stage as the crowd lit up the warehouse venue and the show officially began with ‘Set It Off’ and ‘Swingin in Da Whip’. As if the lineup for the night couldn’t get any better, Giggs brought out the man himself JME for a live rendition of the infamous ‘Man Don’t Care’ track that both stars collaborated on and the surprise appearance completely blew the roof off the venue no one could believe it. Throughout the night Giggs would go on to perform fan favourites such as ‘Lock Doh’, ‘Baby’ and his hard hitting track with Drake ‘KMT’ before finishing the memorable night with ‘Whippin Excursion’.