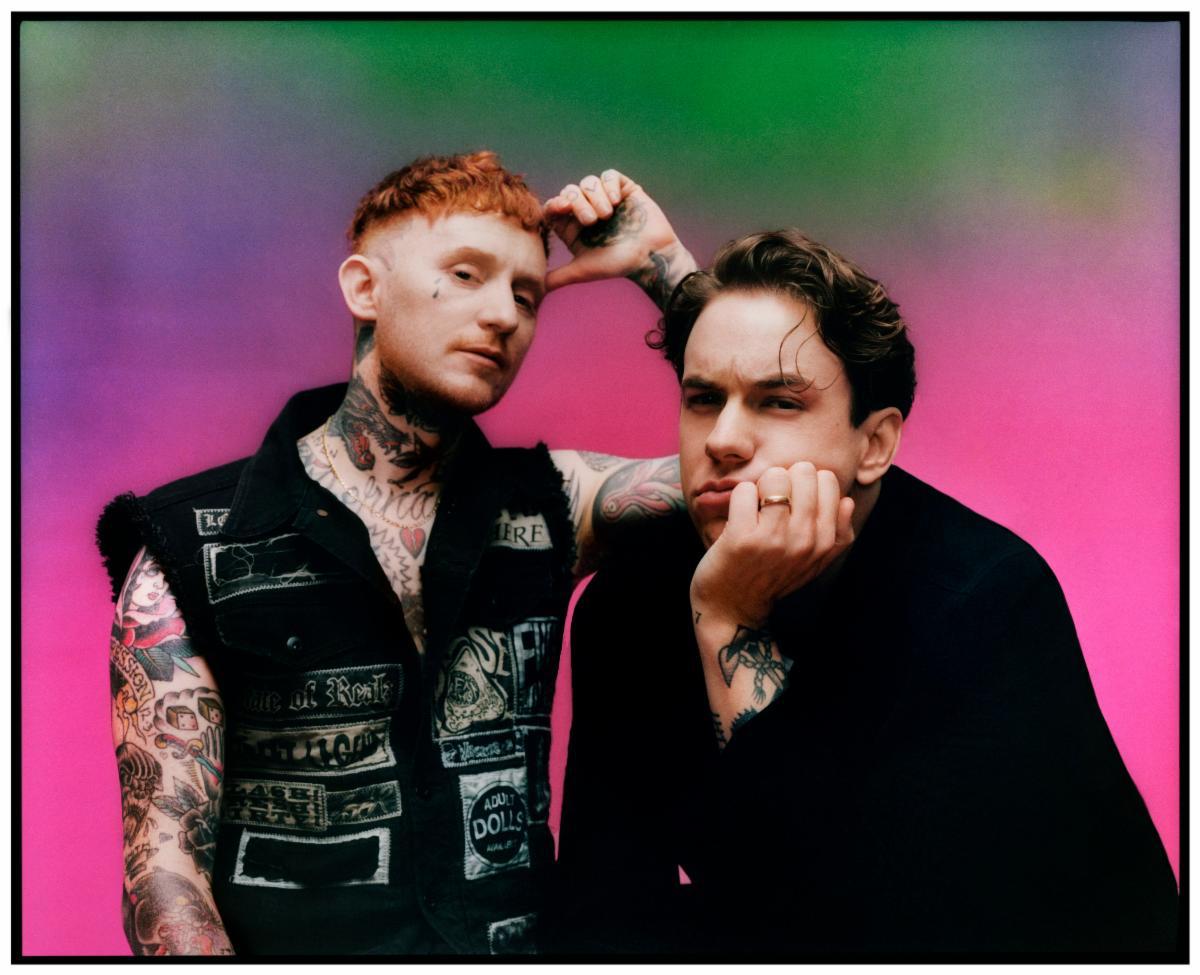 Critically acclaimed British punk rockers Frank Carter & The Rattlesnakes have released their new single “Off With His Head” featuring British newcomer Cassyette. The latest from their fourth full-length studio album Sticky, out October 15th via AWAL Recordings, “Off With His Head” is a raucous take on patriarchal society with Cassyette serving as a Bonnie Tyler for Gen Z to Carter’s Axl Rose or James Hetfield.  Sticky, the band’s most fiery and addictive record of their career, is available for pre-order now at all DSPs; each digital pre-save (you can pre-save HERE) will include an instant download of “Off With His Head” along with previously released singles “Go Get A Tattoo,” “My Town” and “Sticky”.

“Patriarchal society is a plague; it’s a pyramid scheme,” shares Carter. “It has strict regulations regarding who and how it benefits and is unique in its ability to oppress people at the exact same time it benefits them. ‘Off With His Head’ is a scathing generalized attack on trolls whose only joy in life is flexing their sixth-form grammar and Proud Boy mentality with the same smug tact as both sides of the fence in Good Will Hunting. The patriarchy is the worst because it enables all men to exist in a greater quality of life than all women and children, and while doing so, it also organizes the men into an untenable hierarchy that excludes a high percentage of men. Patriarchal society is designed to support apex predators.”
Sticky, produced by the band’s other co-founder Dean Richardson (guitar, synth/keys), celebrates the thrill of returning to freedom and all the joy and madness that entails. The album solidifies the pairing of Carter and Richardson as one of the most exciting partnerships in punk rock and Carter (previously of Gallows and Pure Love) as a vital voice in UK music, rallying against injustice, the patriarchy, right-wing politics and toxic masculinity. Their sound practically punches out of the speakers on the forthcoming collection with a new directness and immediacy and Carter sounding like an untamed force of nature, embodying the impish menace of Keith Flint one minute, Sid Vicious the next. Frank Carter & The Rattlesnakes introduced this new chapter in their growing career with the ferocious hit single “My Town” featuring IDLES’ front man Joe Talbot, described by Carter as “a metaphor for our collective mental health falling apart.” Sounding like a turbo Madness or The Specials, recent single “Go Get A Tattoo” featuring Lynks is an irreverent ode to tattooing, Carter’s other full-time gig, and his own east London tattoo shop that was barely able to open its doors due to the pandemic. The 10-track album, the follow-up to 2019’s acclaimed End of Suffering, also features the title track “Sticky,” a snarling call to arms, and an additional guest spot from Primal Scream vocalist Bobby Gillespie.
Since their debut in 2015, Frank Carter & The Rattlesnakes, who’ve racked up nearly 140 million worldwide streams, have built a reputation for blistering anthems that owe as much to brooding desert rock as it does hardcore and power-pop. They’re redefining punk-rock with a sound that straddles eras and genres, putting The Rattlesnakes in a category all their own, while also challenging tired cliches and setting the world to rights. Carter is particularly outspoken about mental health and how it’s changed his perspectives on masculinity, using his voice and platform to break down societal norms and barriers. The band has also fostered a safe, respectful, and inclusive environment at their live performances, encouraging equality and empowerment with their fans. Known as one of the best live acts in the UK, Frank Carter & The Rattlesnakes, who’ve supported the likes of Foo Fighters, Bring Me The Horizon, and Sum 41, will be embarking on a headlining tour across the UK later this year to support the release of Sticky, followed by a full European outing at the top of 2022; visit www.andtherattlesnakes.com for all upcoming tour dates.  You can connect with Frank Carter & The Rattlesnakes via the following links.  Photo credit: Jenny Brough.
Website | Instagram | Twitter | Facebook | Tik Tok | Spotify | SoundCloud | iTunes/Apple Music | YouTube | Deezer