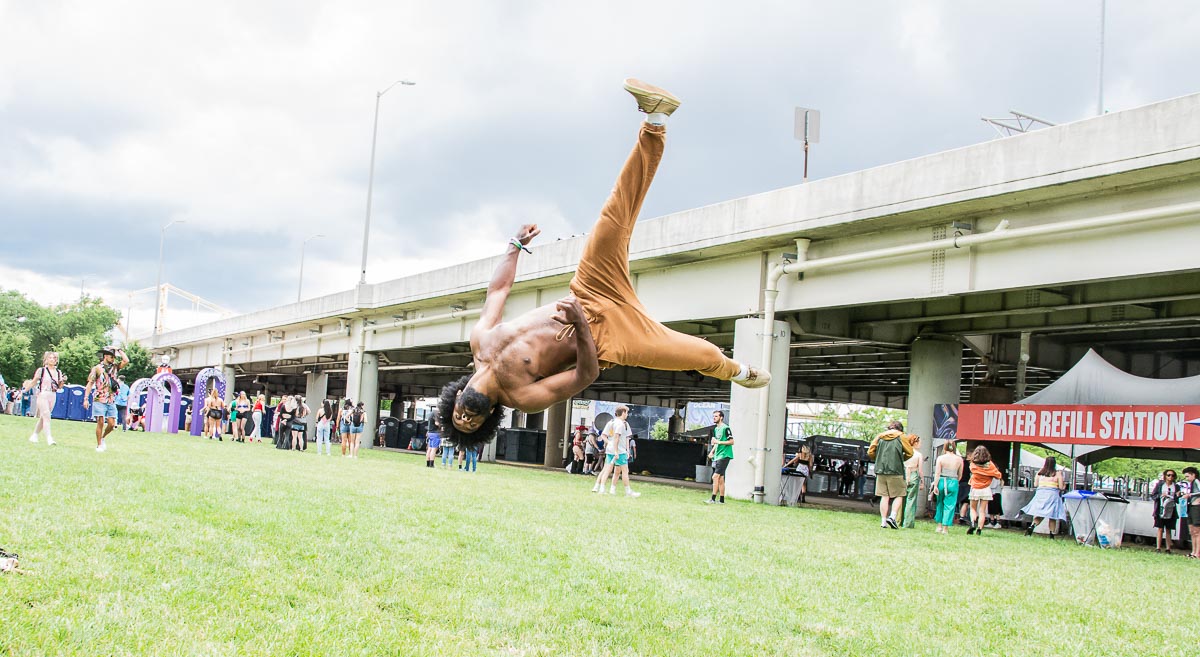 Beloved Louisville, KY music festival Forecastle Festival celebrated it’s 20th Anniversary this year on Memorial Day weekend.  Although in past years the festival has been scheduled in mid-July, festival-goers enjoyed temperatures this year that weren’t quite as scorching! Founded in 2002 by Louisville native JK McKnight, what started out in a local park to a small crowd has grown into an internationally recognized festival that takes place every year on Louisville’s 85 acre Waterfront Park for 3 days of food, fun, and an exciting and eclectic line up of artists that spans many genres.  In addition to the music, the festival is also a place that many express their fun sense of fashion, to enjoy great cuisine and spirits, and to enjoy a weekend hanging out with their friends. Although this year saw one less stage and the absence of the Party Cove, there was plenty to enjoy with the three stages of music, the vendors set up selling goods, and the murals being painted by different artists with money going to benefit the Forecastle Foundation, which emphasizes environmental preservation and activism.

The first day got off to a great start, with sunshine and the high spirits that come along with the first day of a 3 day festival! Although there were a few light rain showers scattered throughout the day, many festival-goers simply wore a poncho and went about their day!  Saturday and Sunday, however, had warm temperatures and sunny skies, making for two beautiful days! In an effort to keep people hydrated at each stage, either while they waited for the artists to come out or during the artists’ sets, security was continually passing out boxes of water to whomever need one, which was really nice to see and was very much appreciated by those in the crowds.  It can be so easy for festival attendees to get dehydrated and pass out from heat exhaustion, so this gesture most definitely helped. Throughout the 3 days of the festival, attendees saw many different acts that included Charlotte Sands, COIN, Wale, Clairo, LÉON, beabadoobee, Tai Verdes, Phoebe Bridgers, KIRBY, KennyHoopla, Dayglow, Black Pumas, and Allison Wonderland. Headlining each night were Jack Harlow, Tame Impala, and Tyler, The Creator, respectively. Although Forecastle Festival took 2020 and 2021 off, they came back this year with a bang and successfully celebrated 20 years of the festival and showed how special they are to the Louisville community and the greater festival community at large! I have no doubt that many are counting down the days until they can do it all again next year!