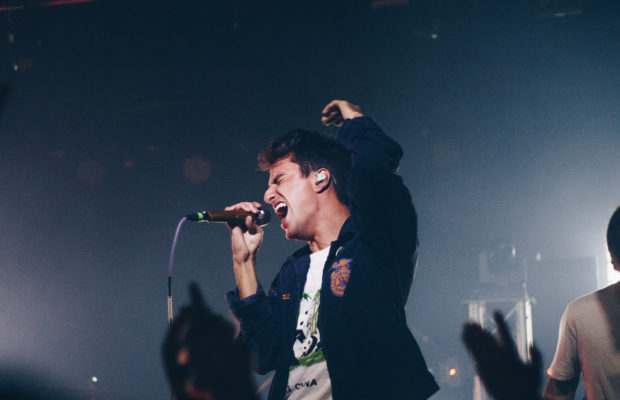 Run River North joined Finish Ticket on their fall tour and made their way to The Vanguard in Tulsa, OK for an unforgettable show. Their beautiful energy was constantly flowing as the 6 band mates, with smiles on their faces, seamlessly played to the crowd. The band’s setlist was a perfect mixture of drum and violin full songs from their 2016 album Drinking From a Salt Pond, and their self titled album Run River North, leaving the crowd completely jamming out along with the band.
Finish Ticket gave it their all as they performed to the young crowd, with high energy and looks of true happiness on all of their faces. All though this wasn’t a sold out show, it sure felt like one to me. I was surrounded by dedicated fans singing along to every word of every song, which reminded me again of how special shows like these are, not only to the fans, but also the band being able to see all of their hard work pay off. One of the last songs Finish Ticket played, “Bring The Rain” was made extra special by the fans as everyone of them held up “thank you” signs for the band. Seeing the crowd and band interact on a deeper level during that song especially was truly a sight to see. Finish Ticket has easily become a favorite band to see perform live, as they leave everyone wanting more and more from them.