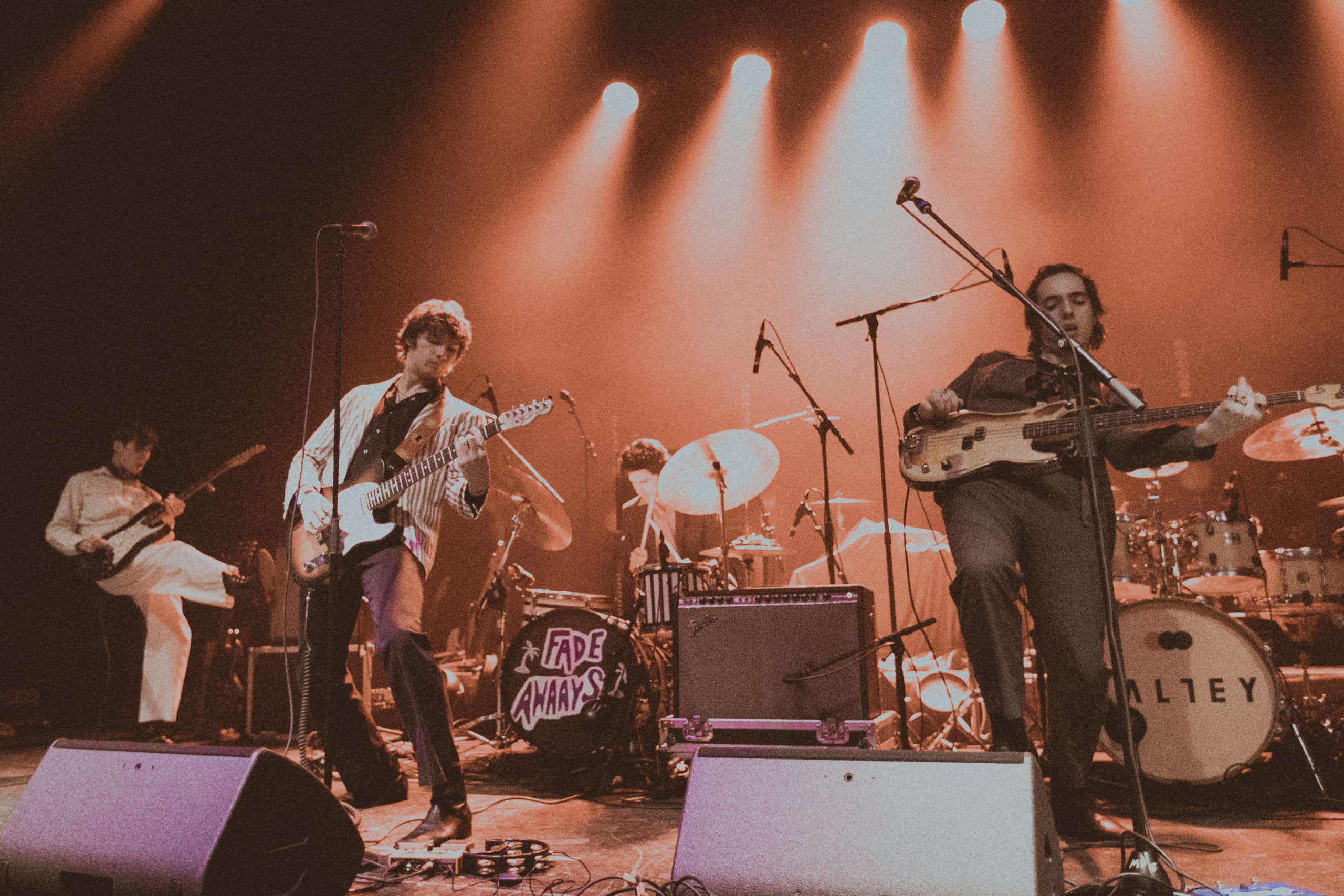 With the buzz from their North Side Sessions with Ones To Watch to the local radio support of their music, Fade Awaays has got my musical curiosity at its peak. They opened for The Beaches at the last night of their sold out Toronto show at the Danforth on March 1st, 2020. I reached out to them a day before the show to cover them, and they gladly accepted and accommodated my request.

I met the band backstage, a few minutes before their set and the band won me over with their humble and laidback demeanour. I spoke to them individually briefly while I was taking their headshots and the common thing that they all had was a grateful and enthusiastic attitude. Sean Hackl (guitar) told me about their story and how they’ve been making music together since high school. With the buzz they’re starting to generate from their music paired with their tremendous personalities, I had a good feeling Fade Awaays will be on the rise sooner than later.

They opened their set with their 2019 single As They Do – it set the mood for the night as Reid MacMaster’s (vocals/guitars) vocals eased the crowd into a night of great rock music. Reid’s vocal style quickly reminded me of Arctic Monkeys’ vocalist Alex Turner, which was so refreshing as I haven’t heard that type of sound in a while. Right after that they performed She Don’t Know Why – during this song, I saw the band’s stage presence really shine as Sean started to engage with the crowd as he stepped up and vibed with the people in the front row while Reid and Duncan (bass) started dancing together and Owen (drums) went nuts in the back with his drumming. This song was very catchy and the crowd started really getting into their performance right after.

Their set went on as they played more tracks from their latest EP Taste of Life. Fade Awaays does a really good job as a band with being consistent with their style of hard hitting rock while being diverse in their musical arrangement and story-telling. Give this band a few more months and a few more breaks here and there, it’s a guaranteed they’re gonna be the next rising band in rock. If you want to get to know the band more, start with listening to She Don’t Know Why and listen to the rest of the Taste of Life EP.

She Don’t Know Why