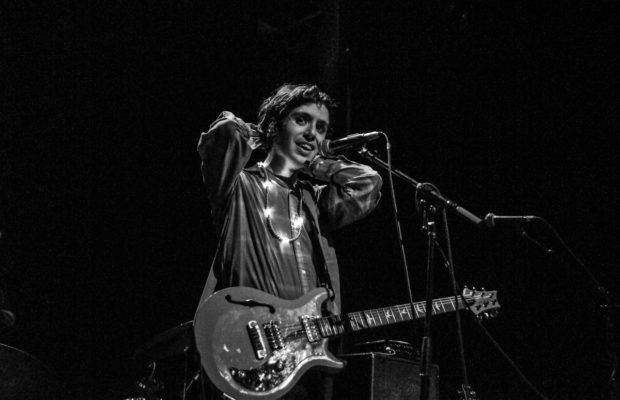 On Saturday night Ezra Furman played to a sold out crowd at Rough Trade NYC nestled in Williamsburg, Brooklyn. Furman, along with his band that backs him who go by The-Boyfriends—made up of Jorgen Jorgensen on bass, Ben Joseph on keys and guitar, Sam Durkes on drums, and Tim Sandusky on saxophone, played songs off of Furman’s latest EP Big Fugitive Life, along with crowd favorites off of his previous albums Perpetual Motion People, Day of the Dog, and The Year of no Returning. Seventy five plus minutes, a time stated by Furman himself, of taking the mood up, then down, then back up again with all of the in-betweens. Furman, along with his band is the real deal. He is someone who spills out all of his emotions while on stage, going from quiet and in awe of the audience  in front of him as a whole, to releasing this animal that we all feel inside while performing that we only wish we can do. If he ever tours near you, go. You will not be disappointed.