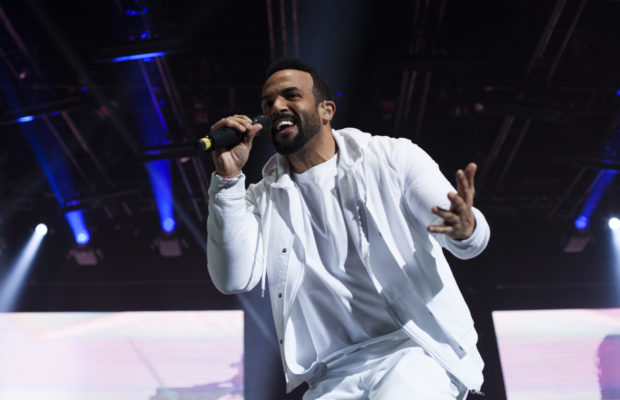 It has been a good few years since Southampton native Craig David has gone on tour, and 16 years since his debut album Born To Do It was released. However, tonight at Brighton Centre it felt like those 16 years never happened: Craig David, with his excellent showmanship has proven that he’s still got all the qualities that have made him break through back in the early 00’s, and that perhaps it’s too early to categorise him under the ‘nostalgic acts’ folder.

During the first half of the show Craig performed with a full, 7-people band that complimented the songs and provided a strong, solid backline. Craig has played all his classics with the likes of Walking Away, 7 Days and Fill Me In, as well as his more recent releases which were more familiar to the younger generation in the crowd. Constantly switching between soulful vocal melodies and speedy drum-and-bass-y rapping bits, Craig demonstrated an absolute flawless performance throughout.

For anyone that has followed Craig David’s career in the last few years it was clear that the night wouldn’t end without a guest appearance by TS5- his DJ set. As expected, after the first hour of the show the stage changed, the 7 musicians disappeared and Craig came back on stage with a different outfit and his mixing deck. The night then completely changed direction and felt a bit like a typical club night at points, with remixes of Craig’s own songs as well as tracks and samples by artists such as Destiny’s Child, Whitney Houston, House of Pain and Drake.

Craig didn’t do a lot of talking in between the songs, however when he did- he expressed his gratitude and kept referring to when it all started for him. It was inspiring to see how the age difference in the audience and how the different generations all mixed up – everyone knew the words to every song- new or old, and it seemed like Craig David’s fan base was stronger than ever tonight in Brighton.

Special mention goes to the two artists who supported Craig David tonight and have warmed the audience for him- Lauren Faith and Big Narstie (who also joined Craig on stage at some point).