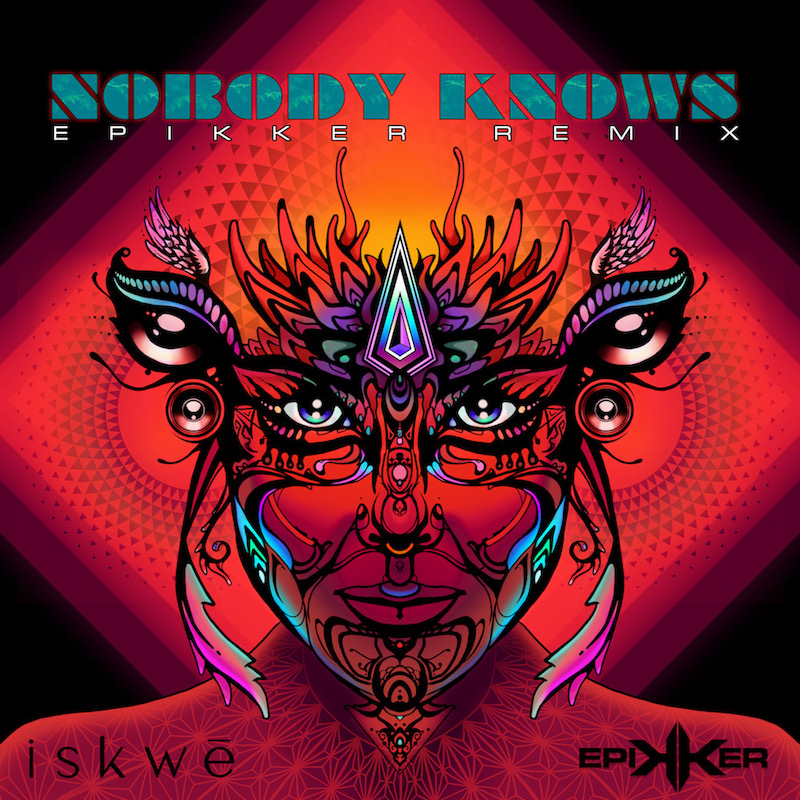 After discovering mega-talented Canadian solo artist iskwē’s single “Nobody Knows,” newly formed Los Angeles based duo Epikker (Suniel Fox and Henry Strange) were blown out of the water.  They quickly thereafter reached out to iskwē, and shortly after receiving permission to do a remix, diligently went to work.  Carrying an old school electro house feel, “Nobody Knows” evokes an invigorating dance vibe.  Suniel Fox and Henry Strange each bring their own unique musical talents to the mix, presenting listeners with a fresh sound that maintains the integrity of the powerful original.

iskwē had this to say in reference to the track, “‘Nobody Knows’ was written from a sensation of chaos that I, along with many of my community members, were experiencing after losing yet another one of our young female community members. Missing and murdered indigenous women and girls are the epicenter of this song. We are people too, and our lives are important. This song was written to honor us, the ones who remain in the walking world and the ones who have departed back to the sky.”

Funky house beats, driving synths, and pop based vocals crescendo into an epic and emotive drop. Impactful and empowering, Epikker’s remix is sensational, innovative, and uplifting, delivering hope and shedding light on a rather heavy topic.

“We first heard iskwē’s ‘Nobody Knows’ when she dropped by our studio several years ago. We were quite honestly blasted out of our seats. Her delivery was both raw and delicate. Her songwriting was chock-full of incredibly meaningful lyrics that you just don’t hear anymore. We believe that iskwē is a powerful advocate for women, and we were honored to remix her song. Our hope in doing this remix is to bring more awareness to the plight of native women everywhere.” ― Epikker

Epikker is your favorite new electronic music duo. Composed of music technologist, engineer and producer Henry Strange and electronic music producer and multi-instrumentalist, Suniel Fox, their unique and versatile musical backgrounds create a unique one of a kind sound. Drawing its foundation from electro house, vintage funk, disco, and indie dance, the Epikker vibe can best be described as fun, funky, and epic. Epikker dexterously layers live instrumentation with deep groove and melodic beats. Through their music, the duo hopes to evoke the human experience by weaving together a complex tapestry of emotive sounds. They strive to inspire fans to reach new levels of epic awesomeness in their lives by demonstrating that people are capable of incredible achievement.  You can connect with Epikker via Website | Instagram | SoundCloud | Facebook | Twitter

iskwē is among many other things, a Juno-award winning artist – a creator and communicator of music, movement, pictures, poetry and prose. And through it all, she’s a teller of stories that have impacted our past and will inform our future. Her music is a sonic exploration with a message that is most impactful when delivered from the stage, where it’s not uncommon for people to leave in entranced contemplation or even in tears. Her music merges with dance, multimedia, and more in a completely engulfing and cathartic experience – meant to bring people together and celebrate that which unites over that which divides us. iskwē is Cree Métis from Treaty One Territory. She was born and raised in Winnipeg, Manitoba, Canada. She is an urban Indigenous two-spirited woman from the Red River Valley, the birthplace of the Métis Nation.  You can connect with iskwē via Website | Instagram | Spotify | Facebook | Twitter | YouTube